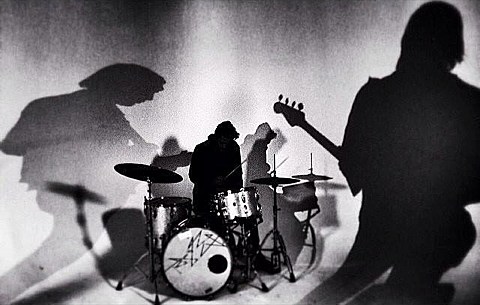 Two '90s/'00s post-rock vets, Bryce Chambers of Ester Drang and Johnathan Ford of Unwed Sailor, teamed up a few years back to form a new band together, Native Lights. They put out their debut single, "Blackwater" (backed by a cover of OMD's "Of All The Things We've Made"), in 2010, and now they're set to release their self-titled debut album on March 17 via Passive Recordings (pre-order). They've already put out two songs from the album, and we've got the premiere of a third, "La Rosa." It's an atmospheric slow-burner led by Bryce's melancholic singing, but it's got a backbone too. Listen below.

Native Lights are also hitting the road, playing a few dates of the Wray tour, SXSW, and making a couple stops with mewithoutYou. No NYC shows at the moment. All dates are listed below...