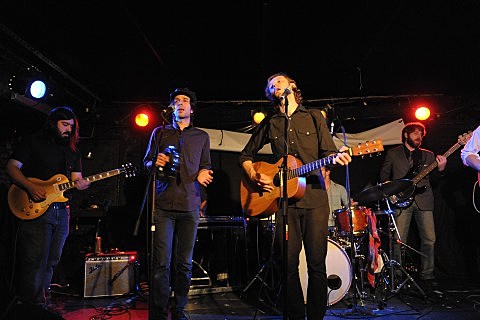 Brooklyn's multi-male, whiskey-loving collective Neckbeard Telecaster have just released their self-titled debut which you can get from the band's website. The album definitely has some twang, but I wouldn't really call it country. You can get a taste of the record via the video for "Hooker Money," which finds pretty much every member of the band at a difficult time in their lives. You can watch it below.

Neckbeard Telecaster will play a record release show on Wednesday (3/6) at Union Pool which will be a tight fit for the 10-plus members of the band. The show also features sets from Gold Lake, August Wells and Garvey J. Show flyer below.