It’s 2013 and a jobless Graham Mercy has just returned home to Wilkes-Barre, PA, after graduating from Columbia University. With his country still mired in the aftermath of the 2008 financial crisis, and with nothing better to do, Graham sets out to fulfill a family obligation by attending the weekend-long convention of a failing regional life-insurance co-op. Expecting nothing but tedium and a $600 stipend, Graham instead gets a surprise job offer he can neither accept nor decline, develops a sudden infatuation he can neither pursue nor ignore, and unwittingly enters into an absurd power struggle that could render him a pariah within his own family and ancestral community.

Horizontal Rust, the debut novel by Ned Russin of Title Fight and Glitterer, is a story about trying to understand boredom, abstract expressionism, family, personal narratives, and Wilkes-Barre.

You can pick up your copy here.

Meanwhile, Ned recently released the new Glitterer album Life Is Not A Lesson on ANTI- Records, and he spoke to us about the music (and one book) that influenced it. Watch the video for album highlight "Are You Sure?" and check out the cover artwork for Ned's new book below. 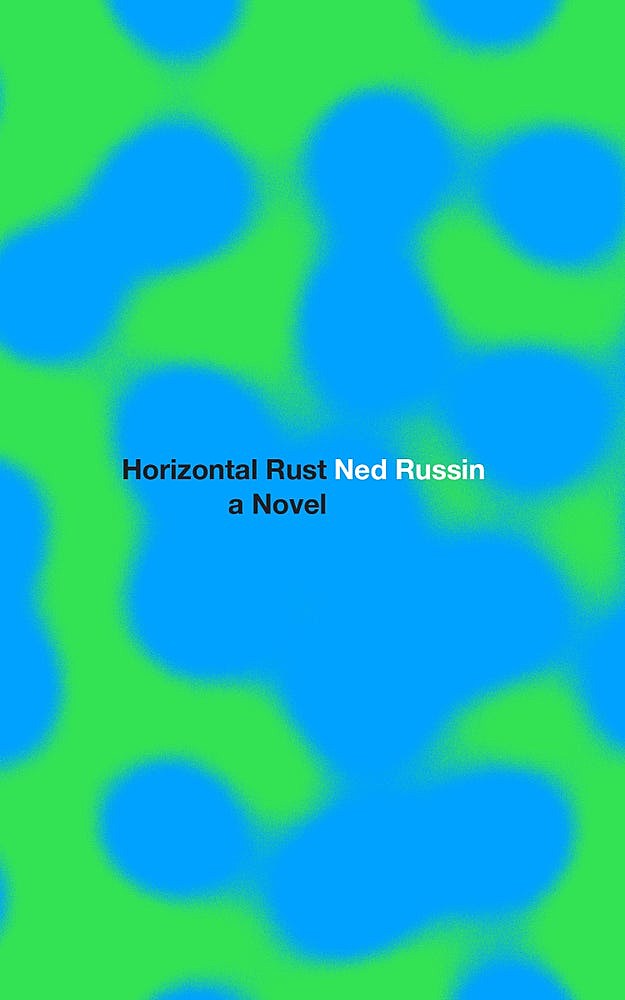