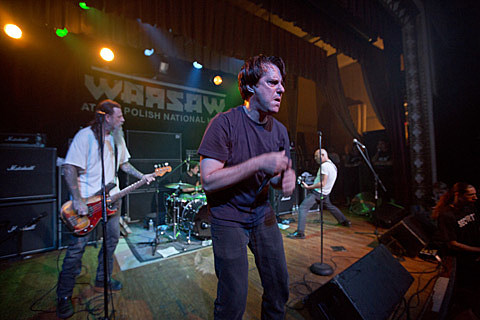 Negative Approach was already scheduled to play the Damaged City Fest in DC next weekend (April 13), so it comes as no big surprise that the legendary Detroit hardcore band has added a date in our fair city. What IS surprising is the venue; Negative Approach will play Williamsburg's tiny Grand Victory on April 14 for what will undoubtedly be a cramped and insane night of classic 80s hardcore. Tickets are on sale.

NA is also scheduled to play Scion Rock Fest in June and will also be covered on the forthcoming Infest 7". All tour dates are listed below.