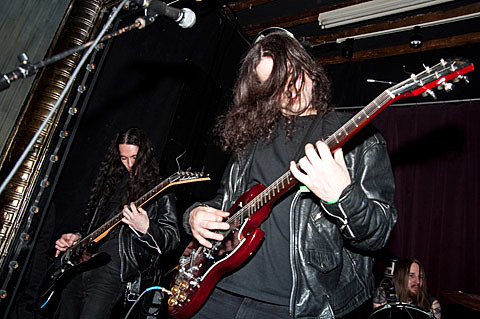 Haunting reverby black metal crew Negative Plane and Australian death/thrash Vomitor will head out for a string of dates in December that will hit NYC for a show on 12/10 at Public Assembly. Ominous Resurrection will join the pair (more still TBA) and tickets are on sale.

Negative Plane's Stained Glass Revelations was a favorite of last year, while Vomitor's last release was 2010's Devils Poison. Stream some Vomitor material below alongside a list of all dates.