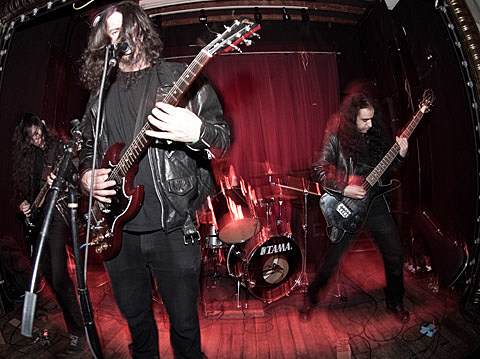 If you are a fan of the blackened arts and aren't checking out Ash Borer, Ruin Lust, ITHI, and Anchorites at Acheron on Saturday (7/16), most likely you'll be checking out an impressive bill of Negative Plane, Occultation, and Ominous Resurrection at Lone Wolf (1089 Broadway in Brooklyn). The show, which kicks off at 8PM, is 21+ and is FREE with a suggested donation of $5 (or more) at the door if you so choose. FREE is great, but is pretty much a steal for this bill, so if you can then donate hard. Negative Plane cancelled.

Check out some live video of Negative Plane, who released the awesome Stained Glass Reflections on Ajna this year, below.

Negative Plane-The One and the Many