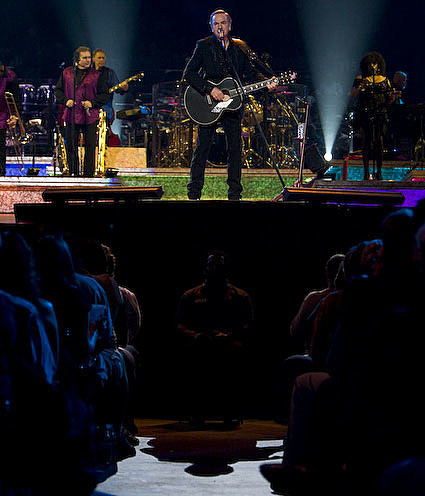 "The power of the Jewish Elvis can not be denied. One of the best entertainers in rock 'n' roll, a living legend and a must-see for anyone who's an avid convert goers began night one of his four stand tonight at Madison Square Garden. It's everything I ever wanted to see from the man -- heartfelt classics, crowd pleasures and soul stirring epics in a two-hour show. He just didn't wear those shimmery, reflective shirts.

Before you ask, show started at 8:20pm. You'll have plenty of time to enjoy the early bird special." [Music Snobbery]

Neil plays three more shows in the same venue this week (tickets). More pictures and the setlist from last night's show (August 12, 2008) below... 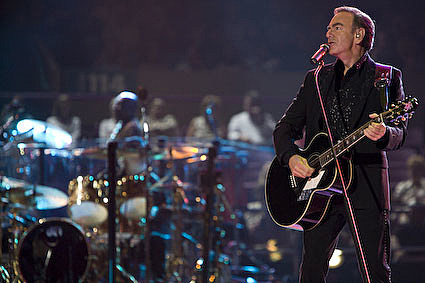 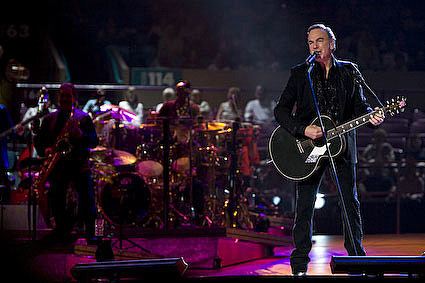 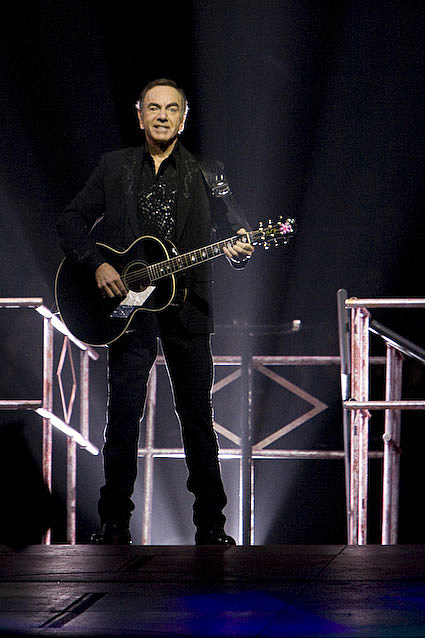 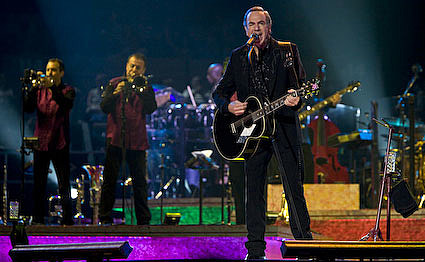 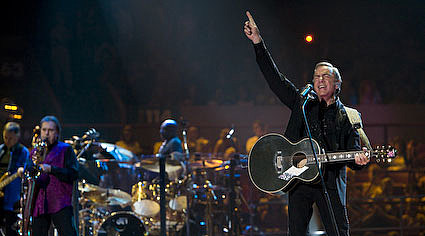 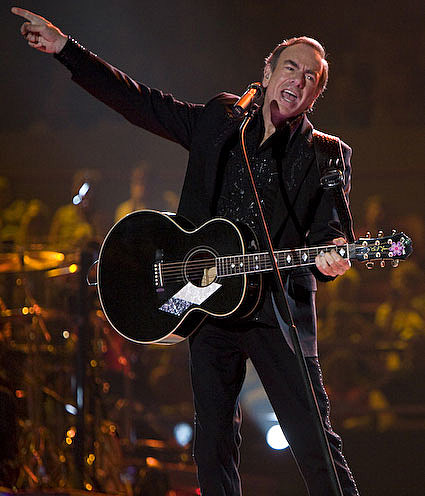 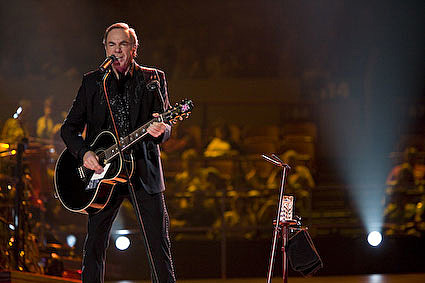 Bob Dylan played a show in Brooklyn on the same night.