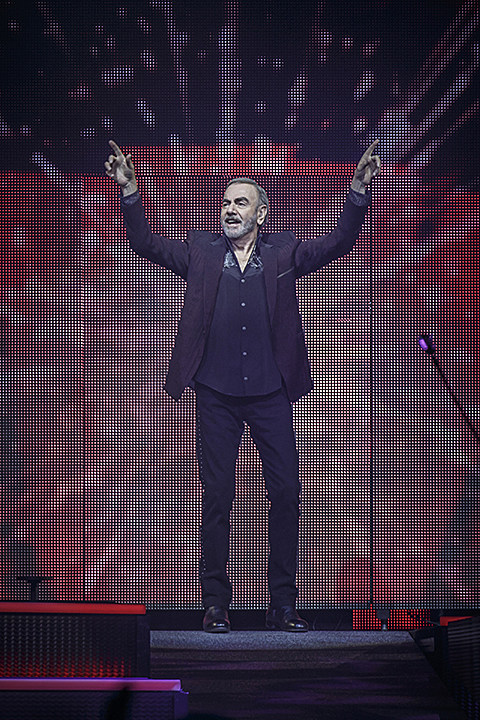 "I grew up in this fair borough," the star said, before playing the song. "It was a great place to grow up."

As home movies of his youth unspooled on screens behind, Diamond navigated what rates as one of the few, relatively subtle numbers of his career.

"Brooklyn Roads" relies on small lyrical details, a tender melody and a hushed vocal - qualities that stand in stark contrast to much of the rest of Thursday's set. Backed by a ten piece band, and two added singers, Diamond barreled through pieces that nearly always go for grandeur. They're full of horns (four here) and strings (provided by synthesized programming live) mirroring vocals that veer between the righteous and the sentimental. The result often ended up both gripping and cheesy at once. As with ABBA, it's impossible to separate what's overblown, and what's brilliant, about Diamond's songs. They're pretentious and irresistible in nearly equal measure. [Daily News]

Brooklyn's Neil Diamond played his 2nd Brooklyn show ever, and 2nd in less than a year at Barclays Center on March 26. It was announced along with the rest of his current tour dates on the night of his first Brooklyn show which was a much shorter show at one of his old schools in September.

Since then the tour hit Chicago's United Center on 4/14 which is where the pictures in this post come from. The tour continues through 5/31 in Denver. He then heads overseas in June.

More pictures from Chicago, along with the setlist from Brooklyn, below... 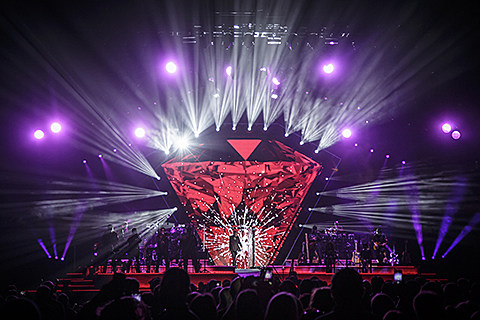 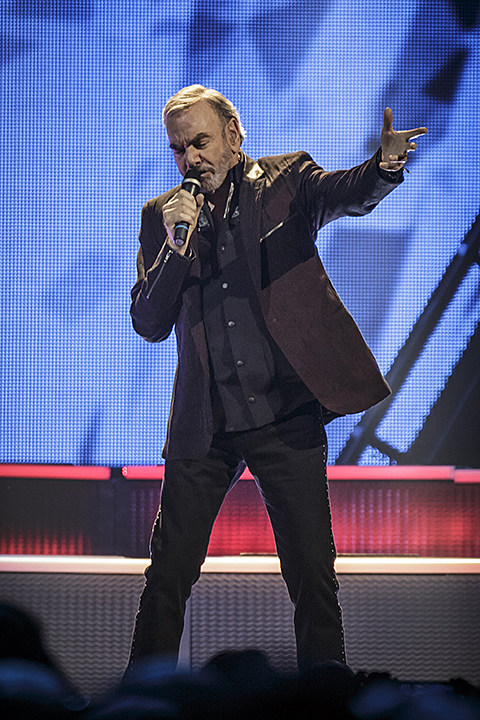 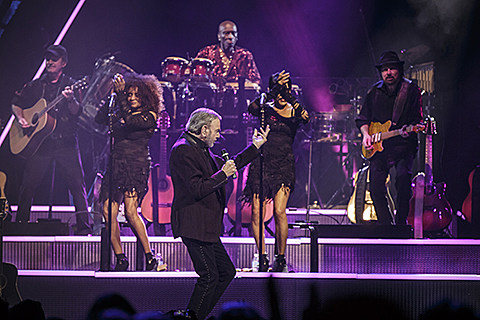 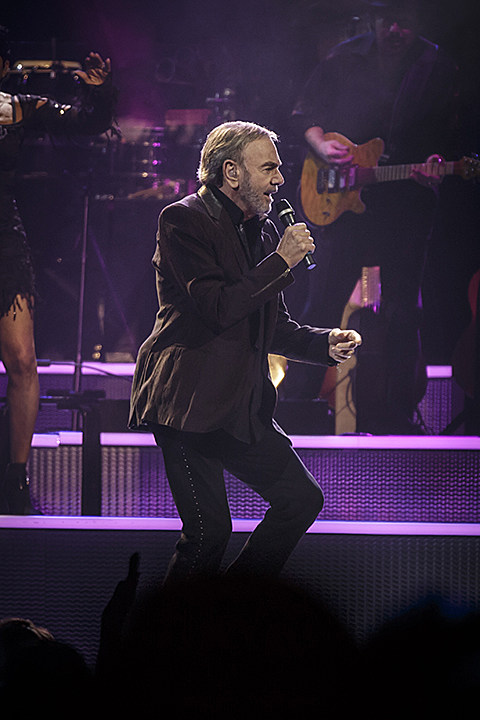 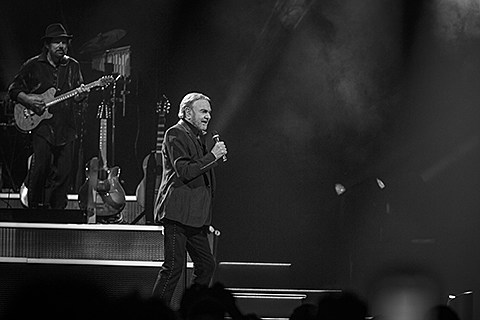 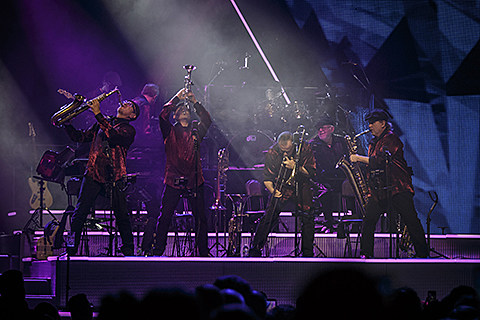 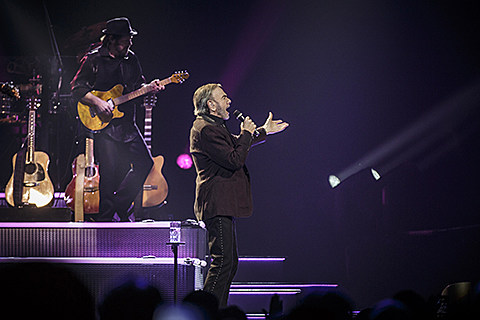 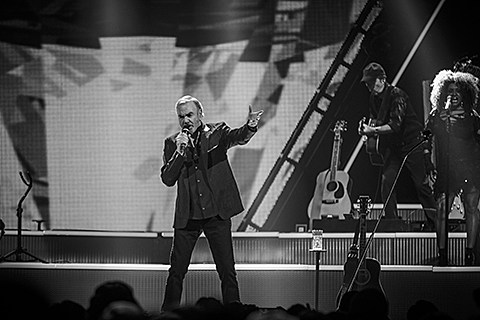 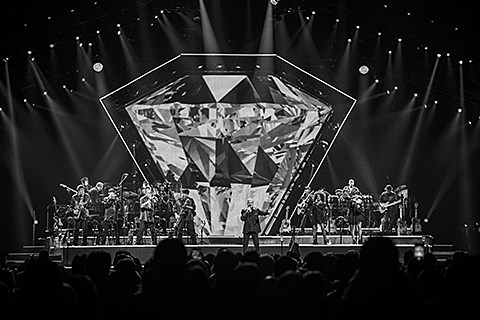 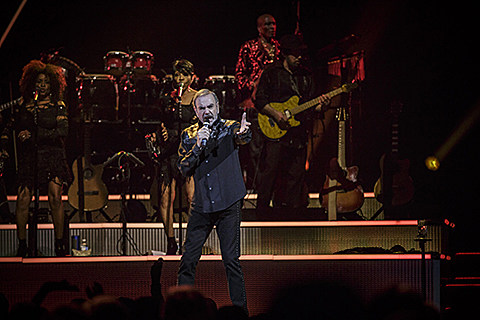 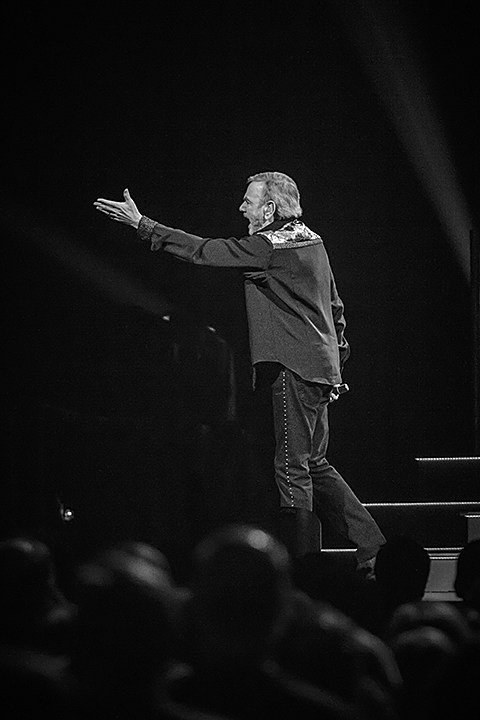 --
Neil Diamond @ Barclays Center, Brooklyn, NY, USA
March 26, 2015 -- setlist
I'm a Believer
Thank the Lord for the Night Time
Love on the Rocks
Hello Again
Pretty Amazing Grace
You Got to Me
Kentucky Woman
Girl, You'll Be a Woman Soon
Solitary Man
Red Red Wine
Beautiful Noise
Play Me
Brooklyn Roads
Nothing But a Heartache
Something Blue
The Art of Love
Forever in Blue Jeans
Cherry, Cherry
Crunchy Granola Suite
Holly Holy
I Am ... I Said