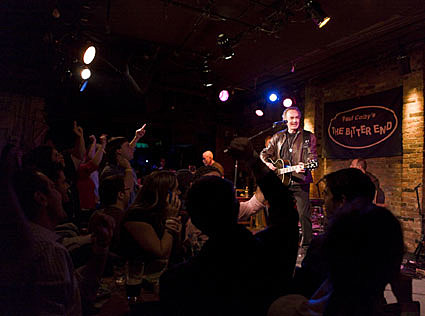 The last picture I posted was taken slightly before Neil's MySpace Secret Show in NYC last night. Here's some more officially-released photos from inside and out, and a review posted on the Neil Diamond Homepage.com Blog...

Tonight's show rocked!! The setlist was comprised of seven songs (see below) and both Neil and the crowd were rocking!

This was truly a memorable day for our man on the streets and for the other fans who were able to attend this once in a lifetime show. I am sure that all those who attended are truly grateful to Neil for giving them this special evening. All patrons received a numbered Home By Dark/Bitter End poster at the end of the show. Our man on the street received number 296 out of 300.

Final setlist for the show was as follows:

Footage from the show will be streaming on MySpace next week, but in the meantime check out the rest of the photos and YouTube videos from the show below..... 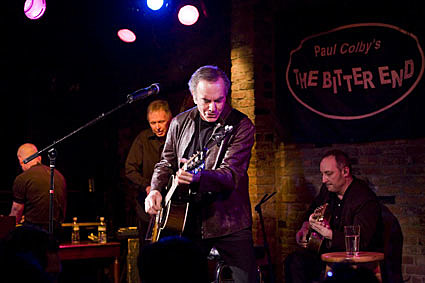 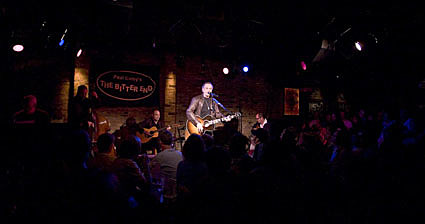 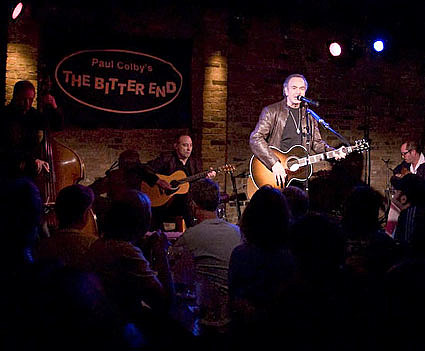 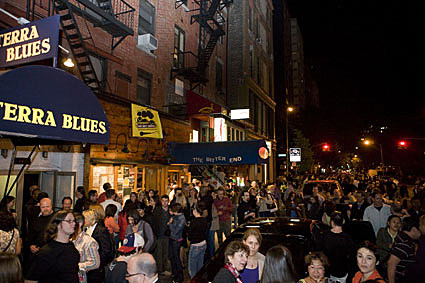 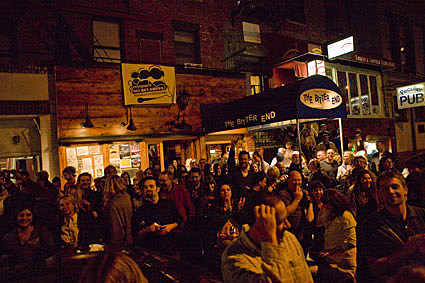 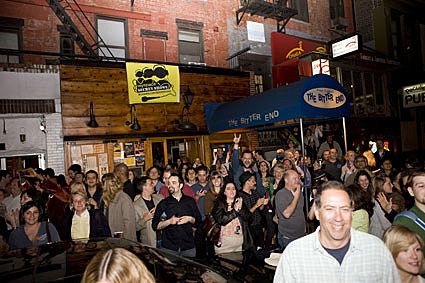