The Black Keys at Catalpa (more by Toby Tenenbaum) 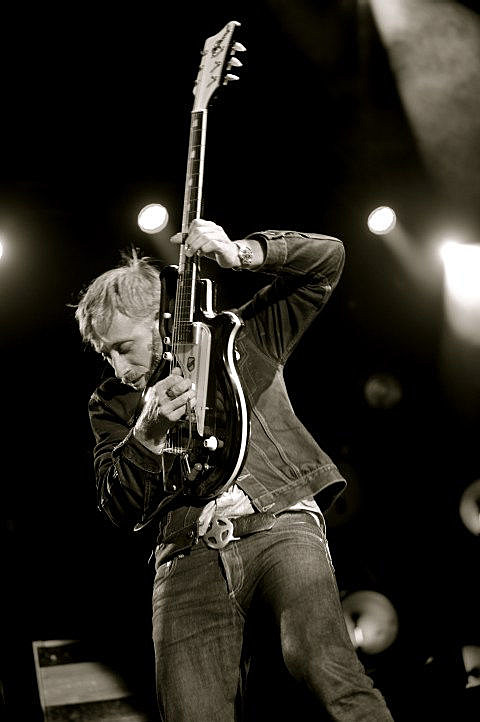 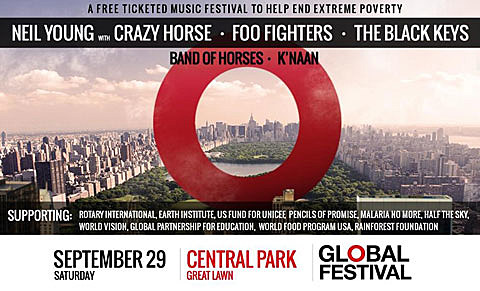 Neil Young, Foo Fighters, Black Keys, Band of Horses and K'naan will share the stage at the Great Lawn in New York's Central Park on September 29th as part of the Global Festival, a concert designed to bring awareness and funds to the cause of ending global poverty.

"We wanted to make it different from other benefit concerts - we didn't want it to be the same as, say, Live 8," Hugh Evans, co-founder of the Global Poverty Project, tells Rolling Stone. The team organized Global Festival in conjunction with Goldenvoice/AEG, the veteran team behind the landmark Coachella music festival. "We wanted to do something unique for our generation."

Adds Rick Mueller, concert promoter at Goldenvoice,"Central Park is iconic." The venue has hosted legendary concerts from the likes of Elton John, Simon and Garfunkel, Diana Ross and, more recently, Dave Matthews, Bon Jovi and the Black Eyed Peas. "It's a worldwide platform, one that few get to play, so it's the perfect stage for a charity and a cause - especially considering the caliber of artists involved. I don't know if there's been a rock show this big at Central Park; it's a cohesive lineup that really makes a statement." -[Rolling Stone]

As all shows on Central Park's Great Lawn must be free with tickets distributed by lottery, the system for getting them involves you earning points by "learning, sharing and taking action against extreme poverty." Details of how it works are at the Global Citizen website.

The Central Park show is a month before Neil Young & Crazy Horse's tour returns to NYC for shows at Madison Square Garden and the Barclays Center in Brooklyn.

Band of Horses meanwhile are touring with My Morning Jacket.