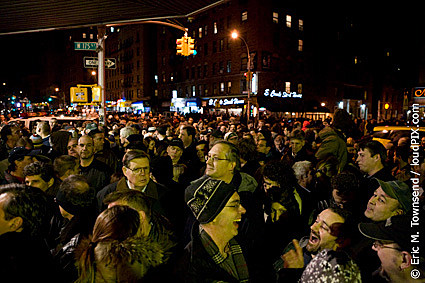 Due to a last minute fire inspection and electrical problems inside the venue that began around 4pm on Wednesday fans were stuck waiting outside in the cold for nearly 2 hours before they were let inside the venue. The roughly 3,000 people stretched blocks around the side of the theater under a fairly underwhelming police presence (the crowd photo is of the fans waiting). Once inside the venue they announced that the opener, Neil's wife Peggi, was allowing Neil to just get straight into his set which still began nearly 45 minutes later than scheduled. The NYFD maintained a strong presence throughout the show and Neil cracked a few jokes at the NYPD’s expense saying that everything was hopefully under control as long as he did not catch on fire. 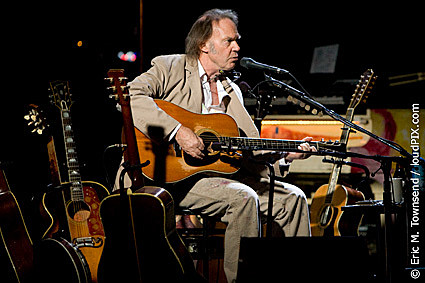 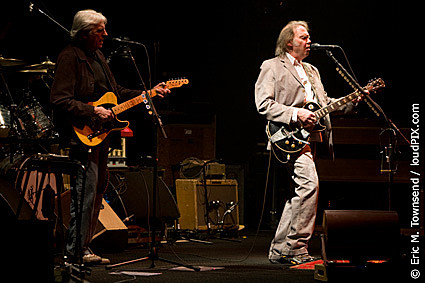 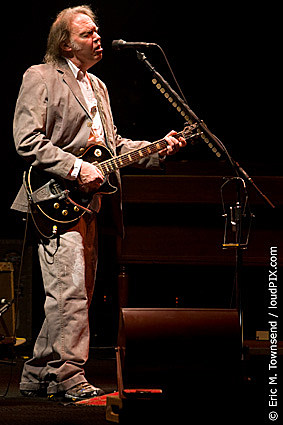 Donald Trump and his kids were in attendance as well as Jimmy Fallon from SNL. The show was December 12, 2007 @ United Palace Theatre in NYC, and there are five more like it to go.