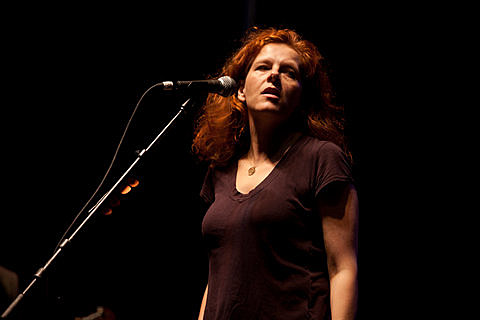 As mentioned, Neko Case is releasing a new album this year, The Worse Things Get, the Harder I Fight, the Harder I Fight, the More I Love You. She's since announced that that album will be out on September 3 via ANTI- and features contributions from M. Ward, Kelly Hogan, members of Mudhoney, New Pornographers, My Morning Jacket, Calexico, and more. She's also shared the tracklist, which features a cover of Nico's "Afraid" in addition to 11 original songs. Neko also just revealed one of the songs that features M. Ward, "Man," which you can stream below.

She's also expanded her tour in support of the album, and it now includes a NYC show which happens on September 26 at Radio City Music Hall. Tickets for that show go on sale Friday (6/14) at noon with AmEx/Local presales starting Wednesady (6/12) at 2 PM.

Updated dates are listed, along with the new song stream and tracklist, below...