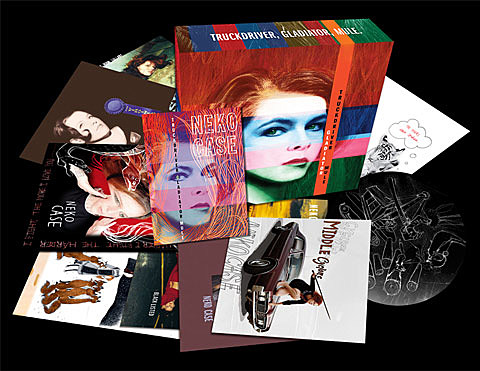 Neko Case is reissuing her entire catalog on vinyl as a box set titled Truckdriver, Gladiator, Mule which will be released via Anti on November 13. All eight titles, most of which have been out of print for some time, were remastered from the original analog tapes and this marks the first ever vinyl pressing of her debut album, The Virginian. The box set also comes with an 80-page full color book and vinyl slipmat. Pre-orders are available now and you can watch a promo trailer for it below.

Last in NYC for the Northside Festival, Neko has a few tour dates this fall, including Brooklyn Masonic Temple on December 4. Tickets go on sale September 4. All tour dates are listed below.