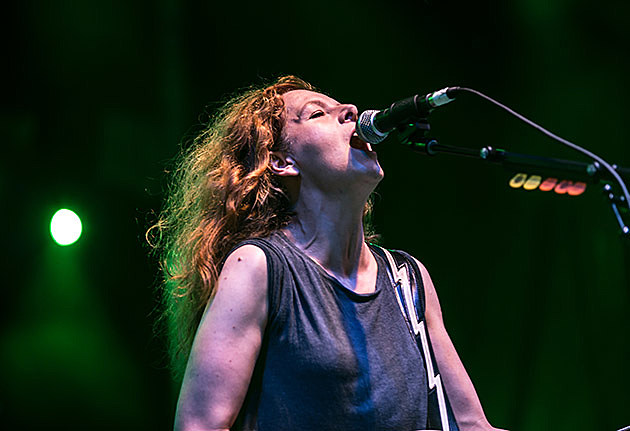 The Neko Case show at Brooklyn Masonic Temple on December 4 with Soren Juul has been moved... way uptown to The Apollo Theatre due to high demand for tickets. Those tickets had been sold out but with the move there are now some back on sale. The show is in support of Neko's recent reissue of her entire catalogue on vinyl, which is out now.

Some Brooklyn residents who now have to travel were less than pleased with the move: People have facebook commented things like "I'll still travel an hour + to see you but I don't have to be happy about it," and "that's really messed up." Of course there is also room in the facebook comments for counterpoint. To wit:

Jesus, Brooklyn occupants - I use the term "occupants", incidentally, because no honest-to-God native of New York City (let alone someone born and raised in Brooklyn) would bitch about having to travel an HOUR by subway (God FORBID) to a venue as revered and historic and gorgeous as Harlem's Apollo Theatre to see an artist as talented and singular as Neko Case unless you're just another spoiled-ass rich kid who thinks the synergy of all relevant culture has to take place within a 5 block radius of your Williamsburg rental - toughen the fuck up and take the train.

That's a real letter to an occupant there.