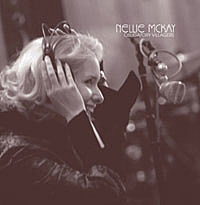 Nellie McKay is giving away the above song for free, but if you like it (I don't like it that much), consider making a donation to the Nellie McKay Disaster Fund (consider donating anyway).

Tickets are on sale for a Nellie show at 'The Concert Hall' (Ethical Culture Society) on December 15th. Tickets are also on sale for the Aimee Mann holiday show happening one day earlier at 'The Grand Ballroom' (Hammerstein). As Klaus pointed out, comedians Paul F Tompkins & Morgan Murphy are on the Aimee Mann bill. Nellie isn't, but she is playing a whole bunch of other shows with Aimee.

Nellie's new album Obligatory Villagers is out now. Hear Nellie on NPR's 'Fresh Air with Terry Gross' on November 21st (she's taking over the whole show). All tour dates below...

ALSO: "December 21st will mark Nellie's feature film debut in 'P.S. I Love You,' - not since OJ Simpson in 'The Naked Gun' series has the screen erupted with such prodigious passion and raw muscularity."