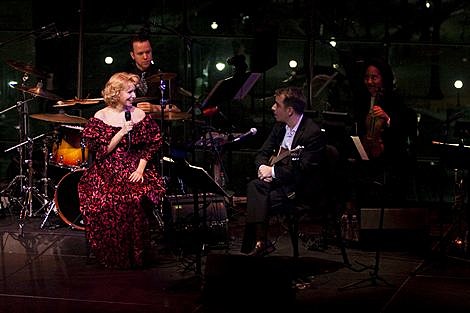 McKay first discovered Doris Day in high school while attending a protest at the National Aquarium in Baltimore (she remains an ardent animal-rights activist). Waiting for the bus back to her home in the Poconos, McKay went into a record store and bought Day's classic album It's Magic. "I'd never heard of her before," she remembers, "but I liked the picture on the cover, her smiling face." Listening to it back home, she liked the music even better, sought out more of Day's albums, and rented her movies.

McKay was already playing piano and singing jazz standards, leaning toward a hard-boiled style. "I secretly listened to Anita O'Day tapes in gym class," she says. Doris Day twirled a wisp of coquettishness into the mix of influences, which only sharpened her precocious quirkiness. "I started out authentically weird," she says, "then it became self-conscious. You get used to being alone, then you pursue being different."NY MAG

Dressed in a red & black strapless gown, Nellie McKay performed to a sold-out crowd at the Allen Room in Lincoln Center as part of their "American Songbook" series on Thursday night (2/18). It was the second time Ms. McKay had performed in the series and this time it was to perform her new album, Normal as Blueberry Pie: A Tribute to Doris Day (on Verve, instead of Sony!), which introduced the music of Doris Day to a new generation of listeners. This is the fourth album in here career and arguably, the most cheerful. Normal as Blueberry Pie lacks the sarcastic punch of her previous albums but its beautiful arrangements and her unique and uncluttered voice still permeates throughout.

Nellie's cover of the "Black Hills of Dakota" a song from Calamity Jane, particularly piqued my interest. She wonderfully romanticized the song with the accompaniment of a beating tom tom and a flute that fluttered away as she sang. Compared to Doris Day's version in the film, it stands out on its own instead of mimicking Ms. Day. Backed by a 5-piece band, Nellie covered most of the album and ended with a crowd favorite "I Wanna Get Married."

If you missed her at the Allen Room, you can see her at her two-week residency in June at Feinstein's. Tickets are on sale for 14 shows (June 1st - 12th). Before that she'll be touring a few cities. All dates, a video of Kirk Douglas and Doris Day performing the "Very Thought of You" which is the first song on Nellie's album, and more pictures from the Allen Room show, below... 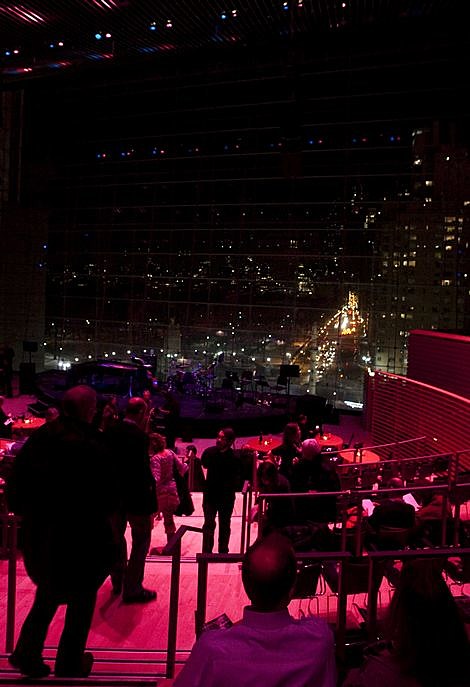 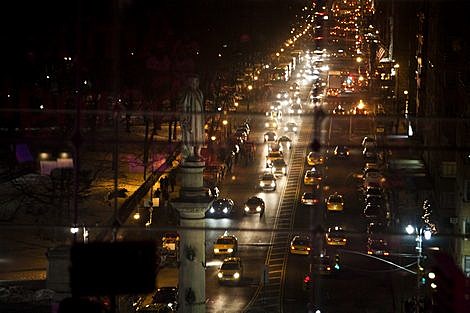 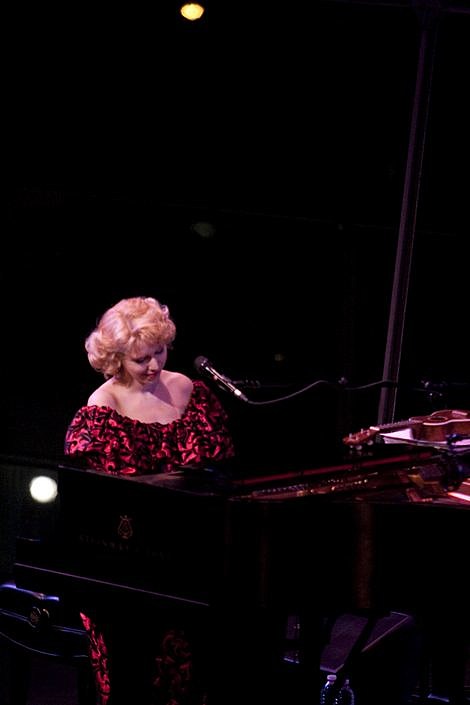 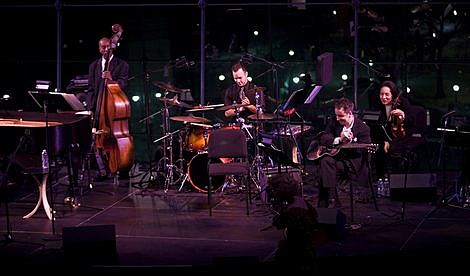 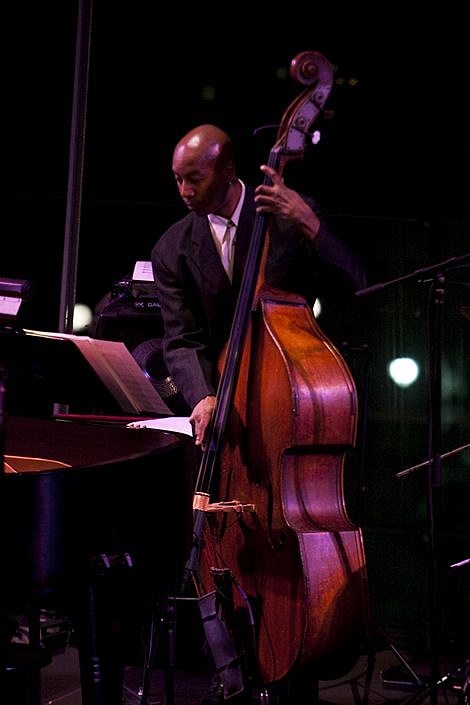 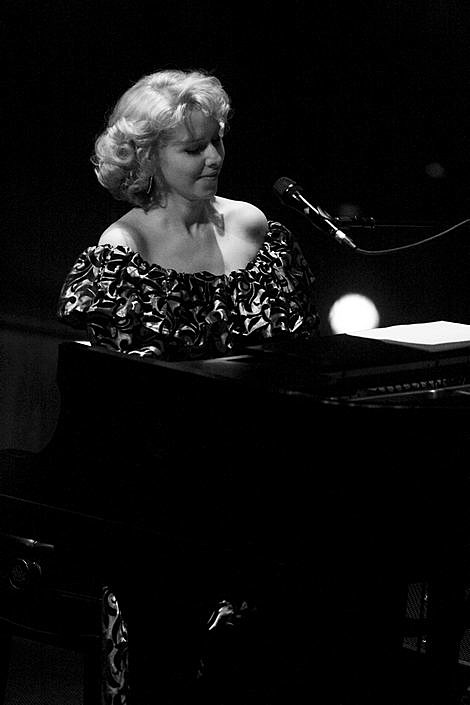 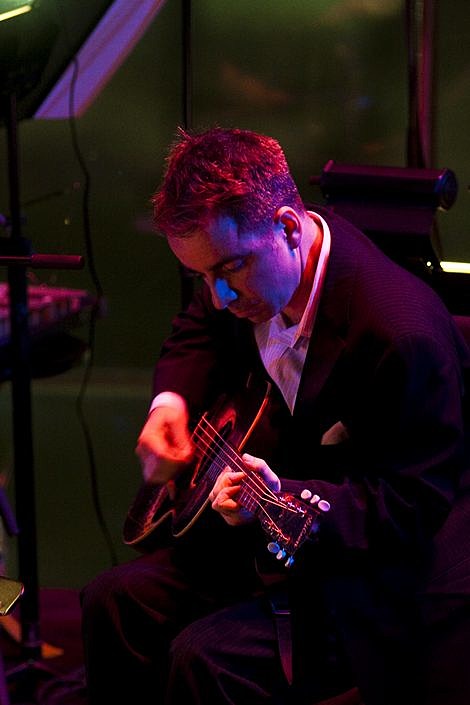 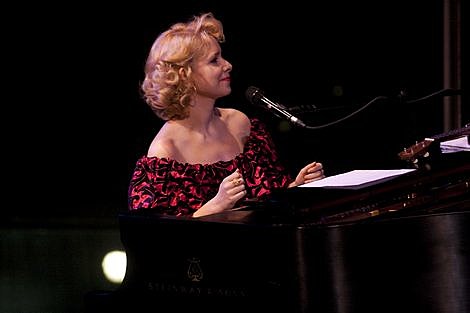 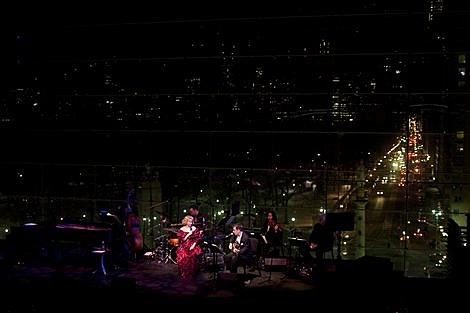 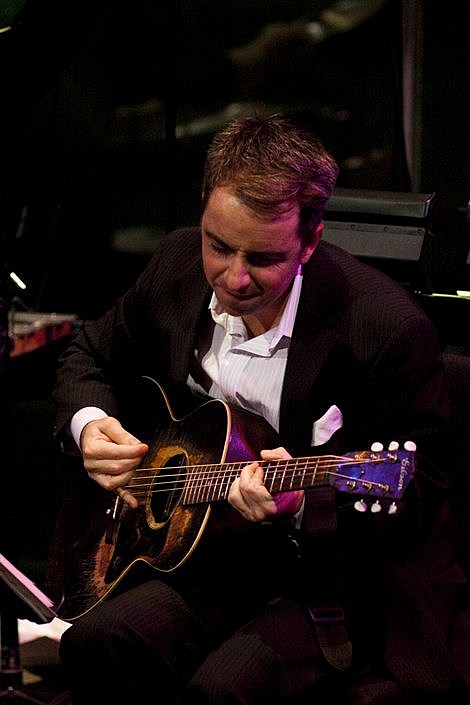 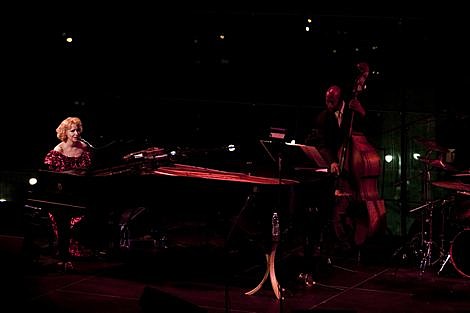 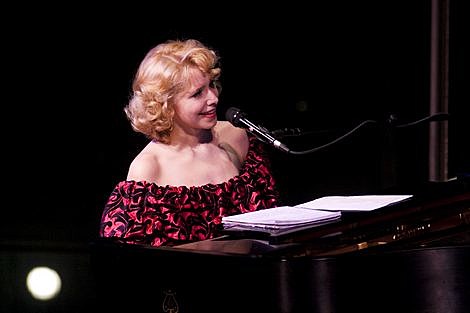 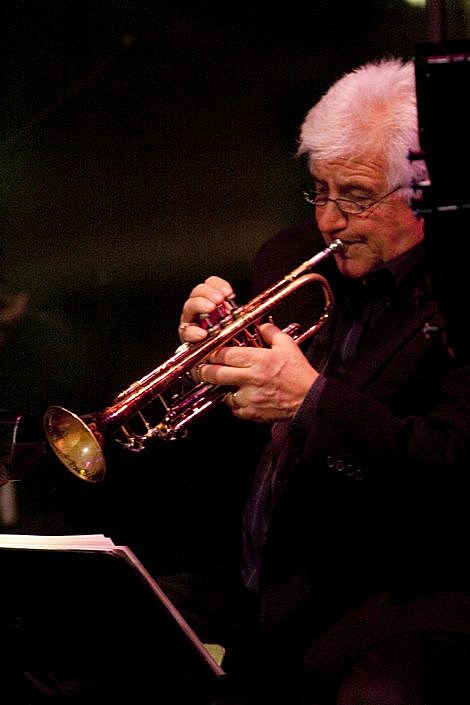 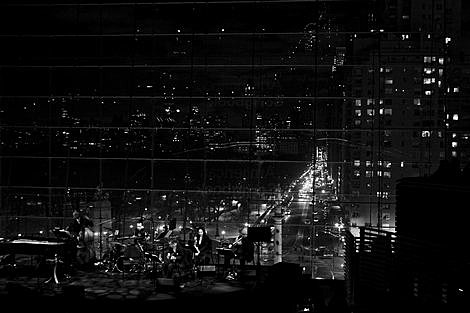 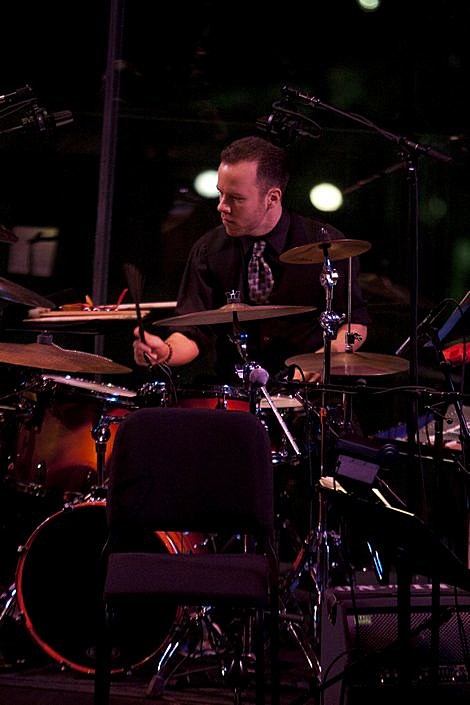 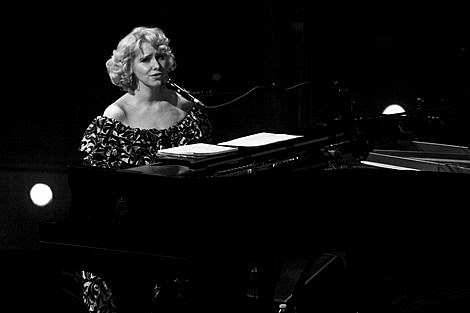 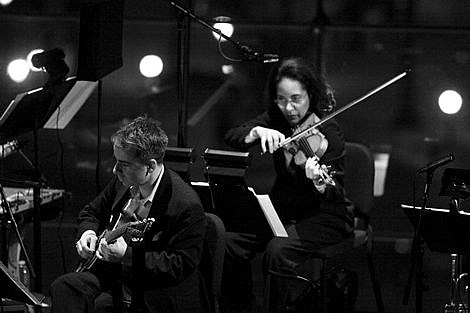 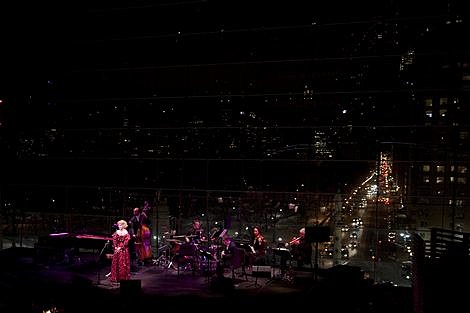 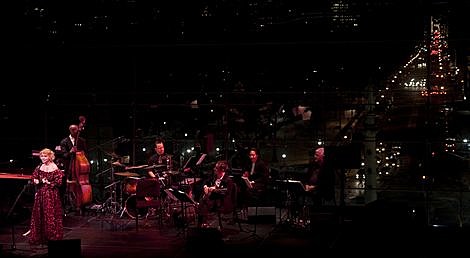 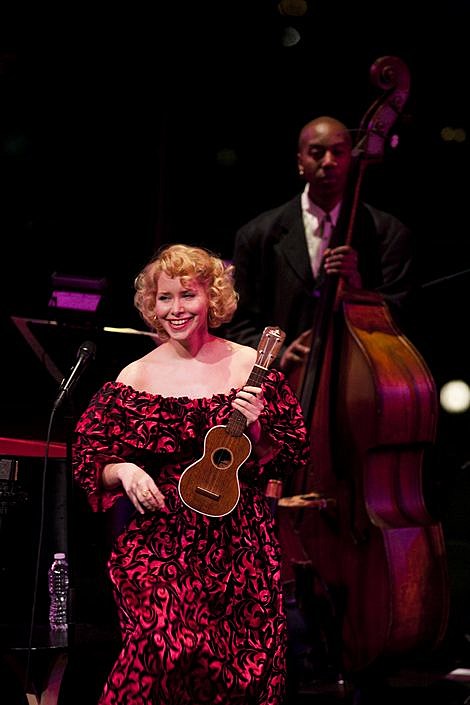 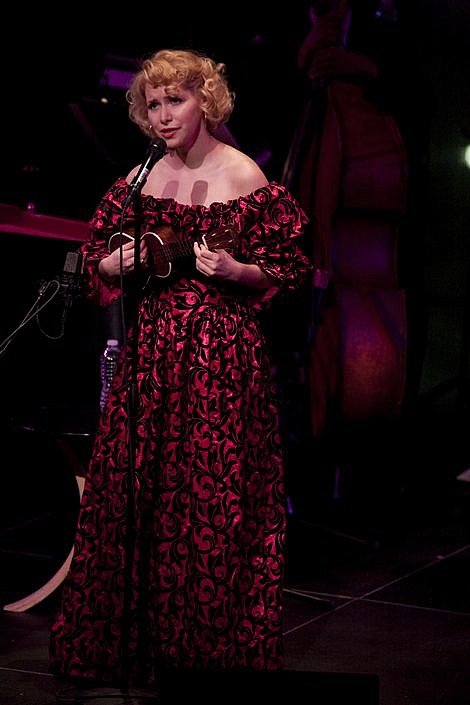 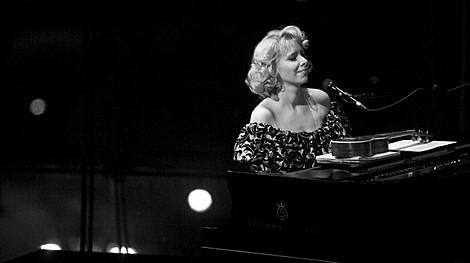 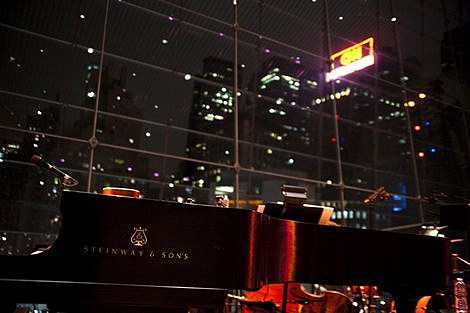 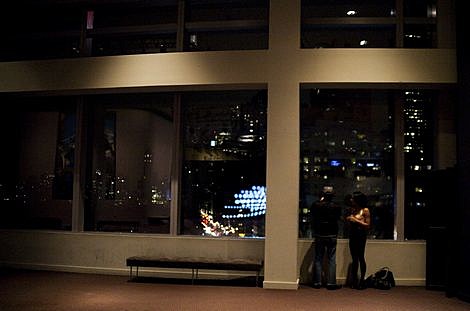 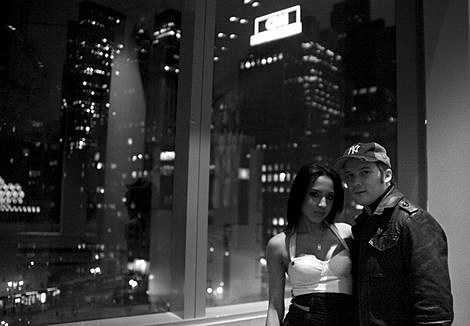