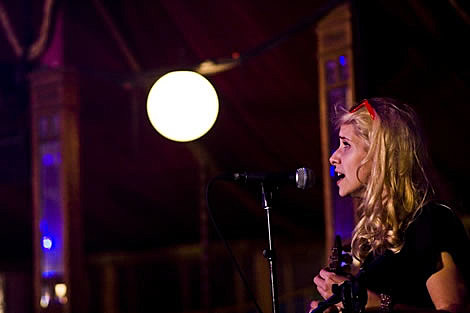 The quirky and talented Nellie McKay played a show at Spiegelworld in NYC last night, Sunday, October 12, 2008. It was billed as "Songs of Fear and Longing - Nellie McKay Covers the Classics" and that's exactly what she did. She sang a number of jazz standards by Billie Holiday, Ella Fitzgerald, and Irving King, and also played less popular songs, and some of her own.

Tickets are now on sale for a show she's playing at (le) poisson rouge on December 2nd. All dates and more Spiegel-pictures, and a partial setlist, below... 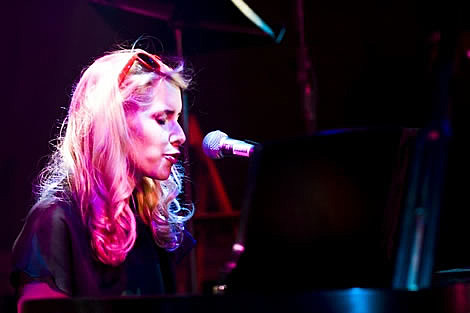 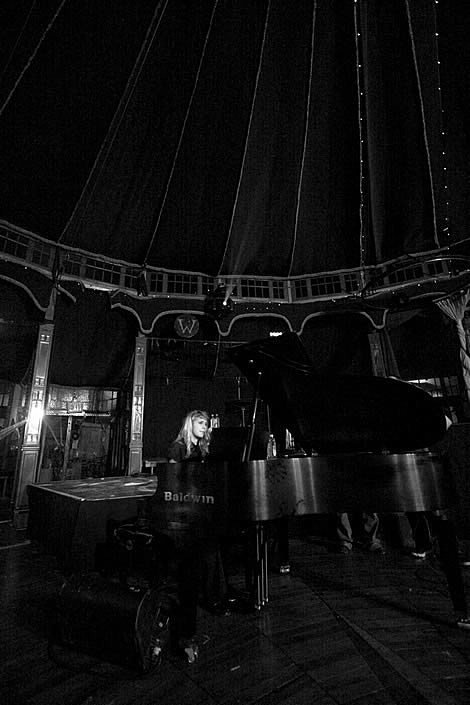 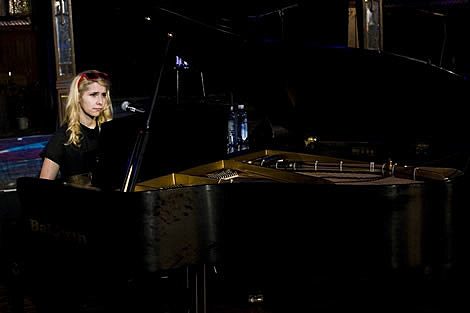 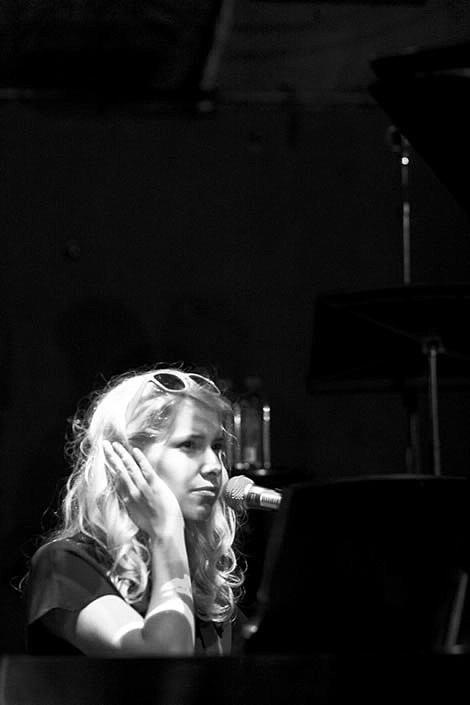 The show was full, but Chris got in early, during soundcheck... 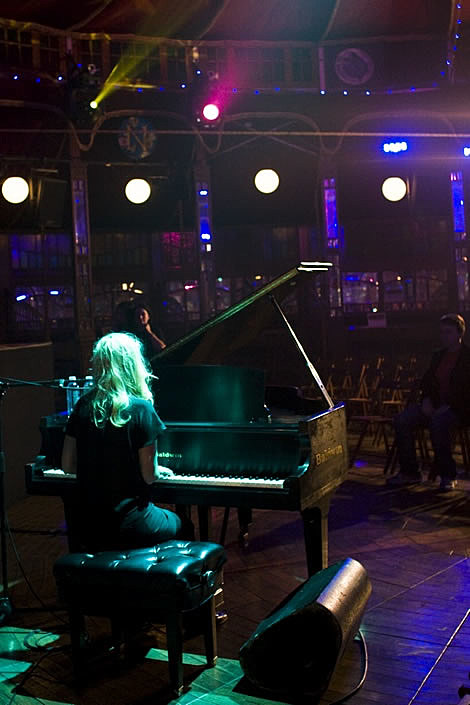 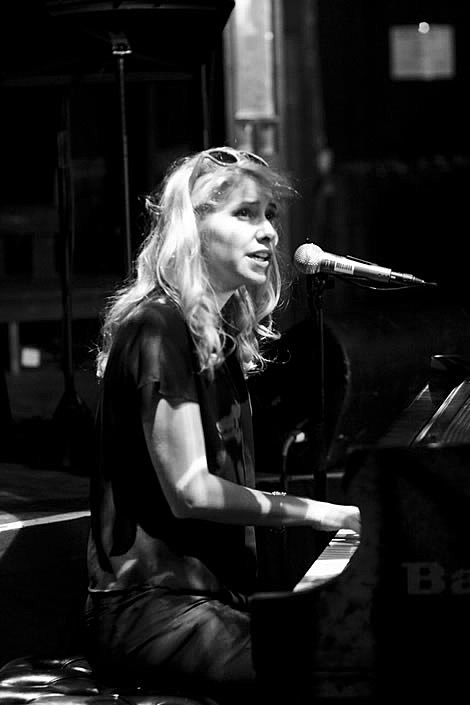 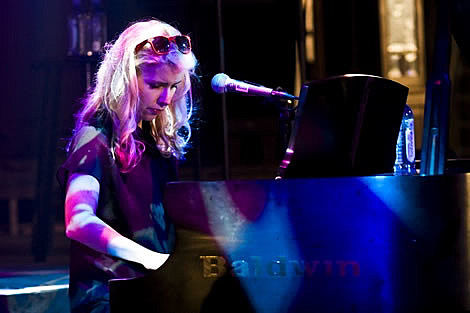 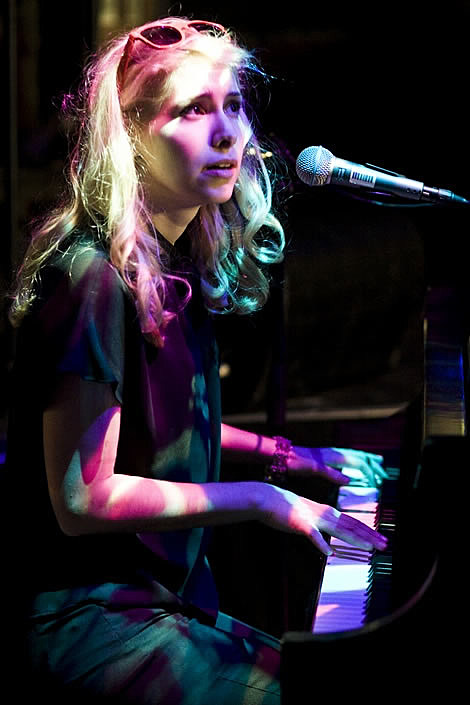 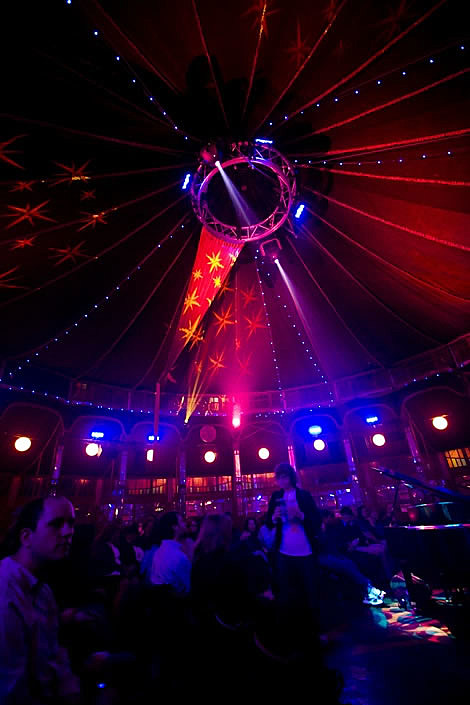 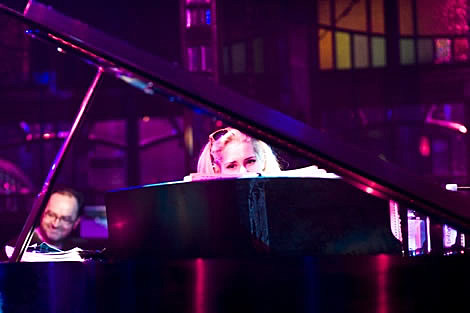 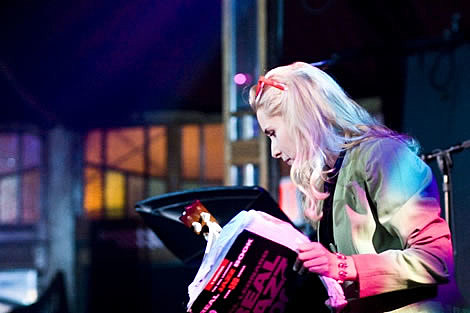 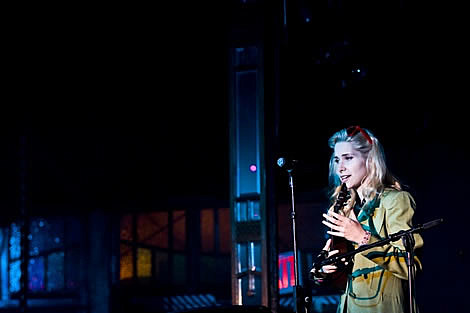 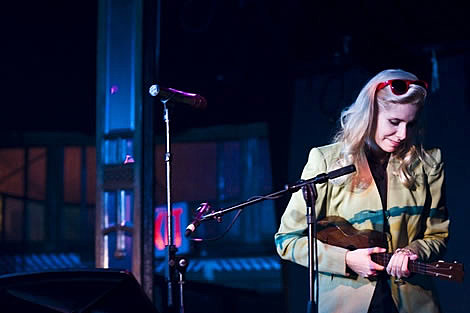 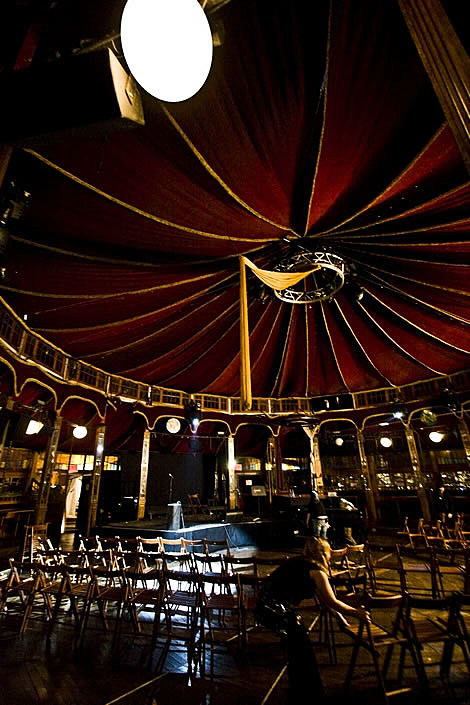 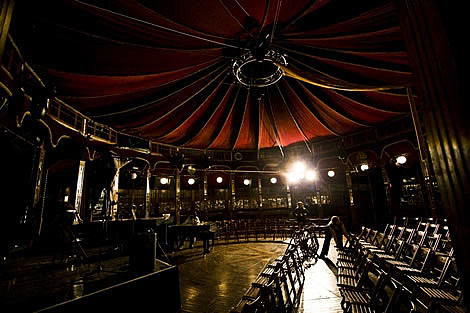