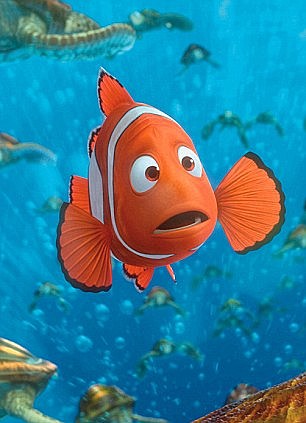 Travelers are already finding Nemo a pain in the butt.

The massive nor'easter has caused a wave of flight cancellations as it prepares to smother the city under up to 14 inches of snow.
United Airlines canceled 900 flights in advance of the storm, and Delta Air Lines crossed off 135, plus more regional flights.

As of Thursday, before Nemo even touched down, Newark Airport had the most Friday cancellations nationally, followed by Boston's Logan Airport, and LaGuardia Airport, according to FlightAware.

Most airlines issued so-called "weather waivers," allowing passengers in the storm-affected areas to change their flight date without paying a change fee.
Gov. Cuomo is opening an emergency operations center to help with "coordinating response efforts using all state and local resources," he said in a statement Thursday. [Daily News]

A winter storm is upon us, fashion week is totally fuct, and other NYC show cancellations are already coming in.

DUE TO INCLEMENT WEATHER, [TONIGHT]'S SHOW HAS BEEN CANCELED AND WILL BE RESCHEDULED FOR A LATER DATE:
EXPLORER'S CLUB/MINIBOONE/CHEERS ELEPHANT/HARTWELL LITTLEJOHN. WE APOLOGIZE.

THIS SHOW WILL BE RESCHEDULED. IF YOU WERE PLANNING TO ATTEND, THANK YOU. WE'LL DO IT AGAIN SOON.

Nemo is all about screaming your cancellations in caps.

Also: tonight's show at the Rock Shop in Park Slope with the Lovehowl + Bangladeafy + Hannah Vs the Many + Luminous Flux "has been canceled due to Nemo."

As of 11am, we haven't heard of any other concert or comedy show cancellations yet, but we'll keep updating the site and this post as things get called off, hopefully not Passion Pit at MSG included. If you know of other postponements, please leave them in the comments.

The early show at Cameo is CANCELLED. UPDATE: The late show is cancelled too.

James T. Cotton (JTC)'s flight was cancelled so can't make it to 285 Kent, but so far the party is still on.

The Wellmont Theater has postponed Lindsey Stirling until May 9.

Holopaw were scheduled to play Knitting Factory and Permanent Records tonight, but the record store just sent out this note:

"Hi all... sorry to say we just got the word from Holopaw that due to this impending storm they aren't gonna make it to NYC tonight and have had to cancel their scheduled in-store performance with us. Darn! Hopefully we'll be able to reschedule, but for now let's just wish them safety in their travels.

As of now we're still planning to be open with normal hours all weekend so if you were planning to come by tonight, that is still an option! It's warm in here!"

UPDATE: Despite what Permanent Records says about the band making it to NYC, the band and venue are currently saying Knitting Factory is still a go.

SOB's reports that "tonight's Salsa Groove event with La Excelencia is canceled and will be rescheduled for a later date."

All events at 92YTribeca are cancelled, and 92Y announced "Saturday's classes and programs in School of the Arts are canceled."

Atlas Moth report: "Fortunately, we made it to New York with no problem. Unfortunately, the show has been postponed until 2/19. See ya then NYC!" The show they're talking about is with Gojira tonight at Irving Plaza. The new show is one day after the Brooklyn show.

The show at Pianos is cancelled, but the bar is open.

The Heliotropes/Dead Stars show at the Paper Box is cancelled, but Dead Stars will play Muchmore's instead.

Raekwon and Rakim at Stage 48 is postponed.

Dept. of Health, ANASAZI, Blackboot, and A Truth at Saint Vitus is cancelled.

Frankie Knuckles at Cameo is cancelled.

The Darlings show at Death By Audio tonight is cancelled.