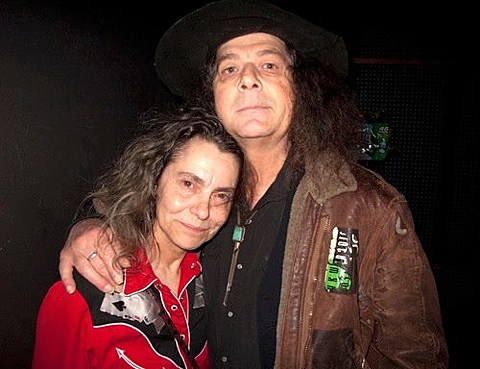 That summer, I went to an all-ages show at The Long Goodbye. The band came on. Four girls. Wow, two of them were THE girls. The redhead went to the microphone, the blonde picked up a bass. They even had a girl drummer.

How did they do that, start a band with other women, three of them not the singer? Maybe they thought the rules were stupid too. No, that hope was too big. I pushed it down. I watched them tune up, waited for them to be terrible or act campy.

But they weren't, and they didn't. The Neo Boys had a strong pop energy, but Kim's hard-edged voice was never too sweet. KT wove her basslines around Pat's solid beat, while Jennifer played a twangy, clean guitar.

All-female Portland, OR punk band Neo Boys, who existed from 1978 to 1983, have compiled early live recordings through later studio recordings for a new collection, Sooner or Later, which just came out last week (10/15) via Calvin Johnson's label K Records. You can stream six songs from the compilation below, and the whole thing is on RDIO. The compilation is being celebrated with a release show in Neo Boys' hometown on November 10 at the Crystal Ballroom with Cold Beat (Hannah Lew, of Grass Widow), Newman/Schonberg/Reyna, The Vandies, Toody Cole (of Dead Moon), The Ghost Ease, Monica Nelson, Busy Scissors, Crimson Typhoon, and more.

About a month after that, Toody teams up with her ex-Dead Moon bandmate/husband Fred Cole for an unplugged tour. Dead Moon has been an underground staple since their inception in the late 80's, having been called "truly one of the most independent and revered Northwest underground bands of all time" by Sub Pop. They were highly influential on the "Seattle sound," having made fans out of Nirvana, Mudhoney, and Pearl Jam, who have been known to cover them. Newer bands have covered them too, like A Place to Bury Strangers (video below) and Grouper. Fred and Toody were also in other bands, like The Rats, who recently reunited for Chaos in Tejas and were covered by Veronica Falls, and Pierced Arrows (who are playing a Portland Halloween bash soon).

All Fred + Toody tour dates are listed, along with some videos, below...

A Place To Bury Strangers -- "Don't Burn The Fires"