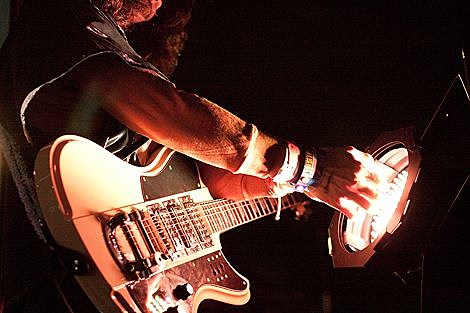 Neon Indian announced a bunch more tour dates around their appearances at Sasquatch in May and Bonnaroo in June. Those new dates include a June 4th gig at LA's Natural History Museum and a June 17th headlining show at Music Hall of Williamsburg in Brooklyn (if I had to guess, I'd say tickets will go on sale this Friday). There are also two dates opening for Massive Attack. Massive Attack play Terminal 5 in NYC on May 11th and 12th (tickets still on sale for both). Neon Indian will open the one on the 12th and then travel with the band to Boston to open for them at House of Blues. Check out the new Brahms (Eric Lodwick, Drew Robinson, and Cale Parks) remix above. All dates below....