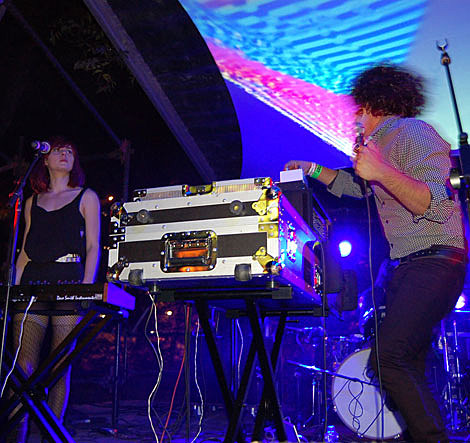 Neon Indian's NYC debut was on October 24th at Root Studios, and their next round of NYC dates are coming up in December. They have a previously scheduled, now-sold-out show at Mercury Lounge on December 16th, and they've added a second show at the venue for December 15th. Tickets for that go on sale Tuesday, November 10th at noon. it will no doubt sell out quickly too (and may be your last chance to catch them at a venue that small).

Austin Town Hall: So I hear that you guys were tearing things up at CMJ. How has that experience been?

Alan Palomo: It was pretty wild. It's definitely very different from SXSW. That was sort of the universal thing we were anticipating but it really doesn't have the same sort of homely vibe to it. It's hard to navigate through the city and if you're playing a lot of shows it can be almost like complete insanity. The actual venues and the show experiences themselves were actually completely amazing, but getting around can be hard. We did about 4-5 VEGA shows, 1 official Neon Indian show and I did a couple DJ sets apart from that. It was awesome, pretty wild and we got to see some really cool bands. It's definitely a different environment from what you would find in a normal festival. The official Neon Indian show in Brooklyn ended up being really great too. It's kind of surreal now that the album is out and kids come out to the show and just chant all of the lyrics. We got all kinds of crazy crowd participation and that always makes the live show go a lot more smoothly.

Technically Neon Indian didn't even play one CMJ show (the Topman gig was unaffiliated), but who's counting.

Neon Indian lived up to the hype at their set during day one of Fun Fun Fun Fest in Austin on Saturday, November 7th (frontman Alan Palomo also played the fest as Vega the same day). A video from Neon Indian's set and more pictures are below... 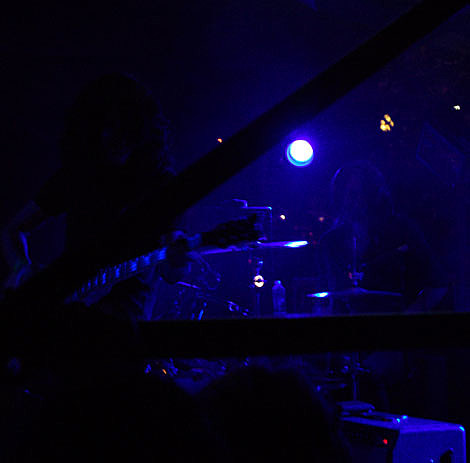 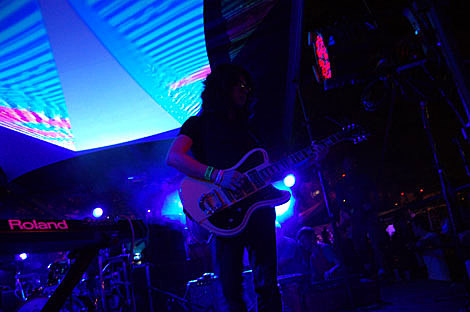 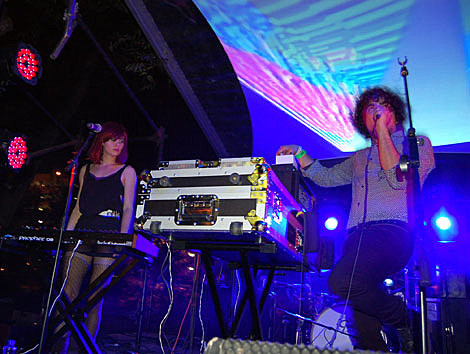 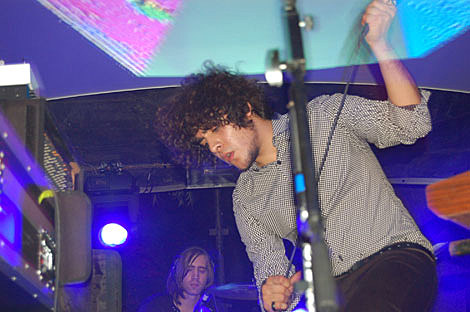 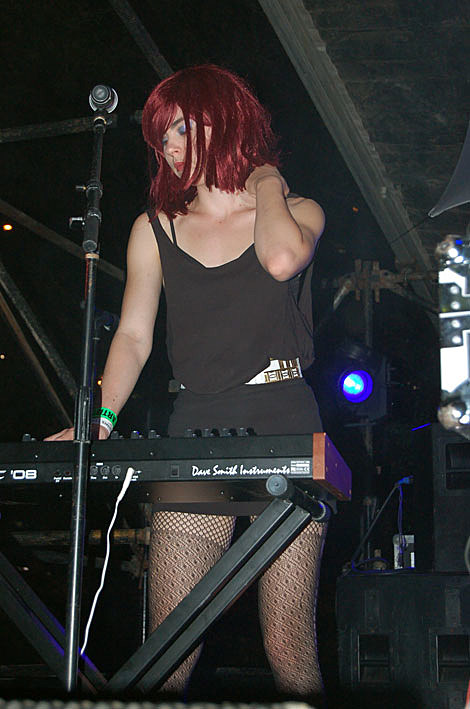 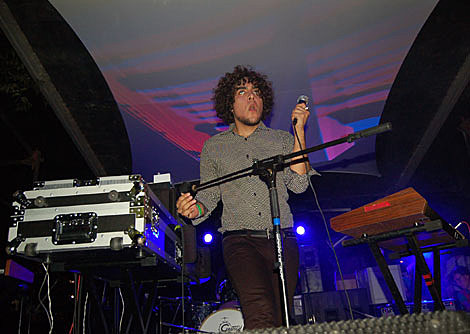 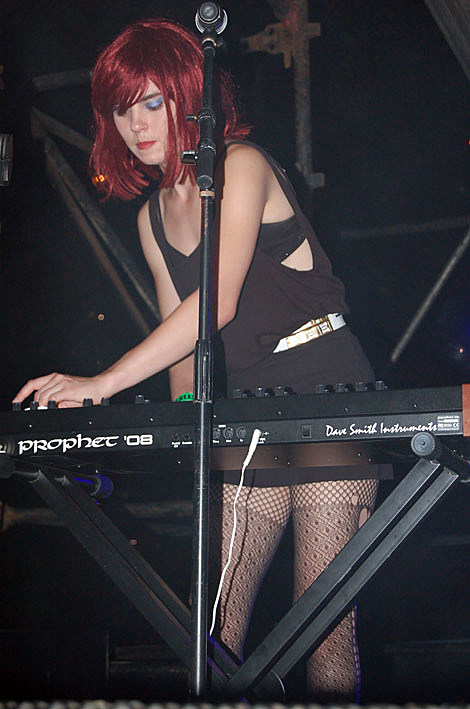 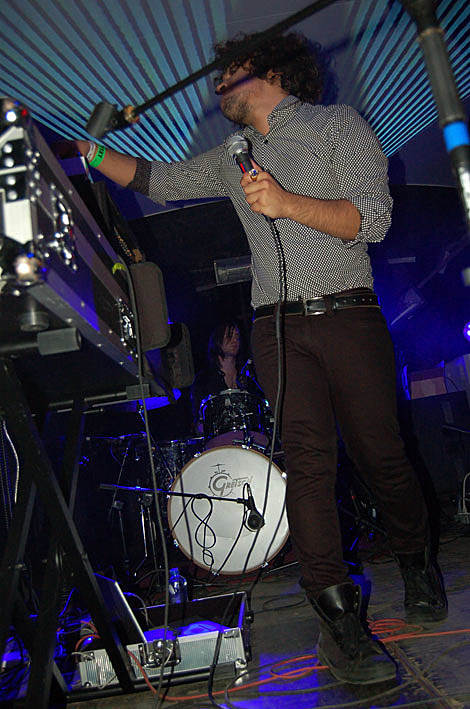 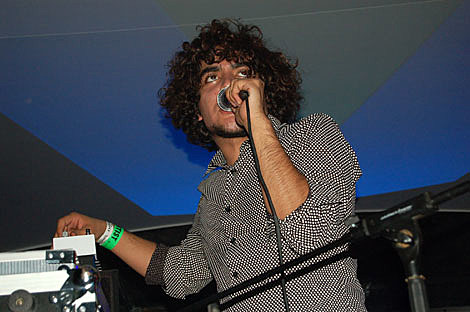 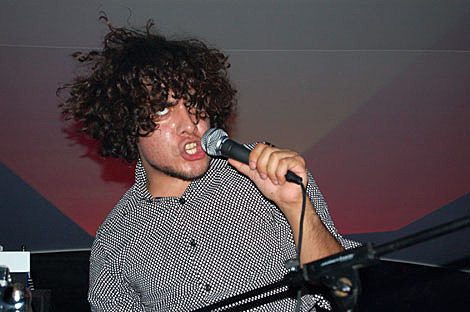 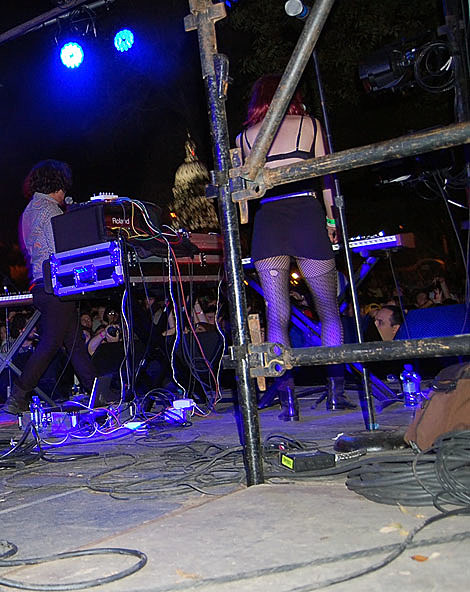