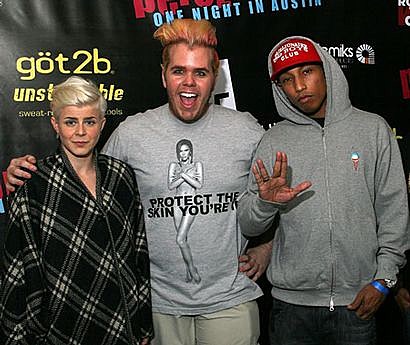 I spent all day Saturday - the last day of SXSW - watching bands and comedians. It was nonstop from noon to 10pm - mostly all at the awesome 3-stage Mess With Texas festival at Waterloo Park which ended with the Breeders and NOFX playing on stages very close to each other at the same time. I watched about half of each of them, but more about that later. With only four official hours left of SXSW, and maybe another 2-3 unofficial ones after that, I started to get depressed and wasn't sure what to do next. 10-11 ended up being spent in the hotel relaxing and figuring things out, and then at 11:00 it was off to Beauty Bar to see a Montreal band I hadn't seen in a long while - Think About Life. That decision was partly motivated by my love for them, partly due to BrooklynVegan Mike's influence, and partly because I knew a friend would be there.

Think About Life were, unlike me at that point, full of energy and they put on a pretty good show, though I thought the sound was a little too muddled. So many New Yorkers are in Austin for SXSW, you basically run into more people you know or recognize while you're at SXSW than you would on any other week back home. This show was no exception, and one easily recognizable member of the crowd was Bronques from Last Night's Party who also seemed to know some people who were with the band...... probably related to his former life as a Canadian musician, and probably what got him to this somewhat random rock show.

Anyway, I was happy to see TAL, but then once again I wasn't sure what to do next. I originally wanted to see The Tough Alliance at the same club at 1am, but someone told me they were pretty horrible live earlier in the week, so I changed my mind. I knew I was going to eventually end up at the late-night VICE party that started at midnight, but that prospect wasn't totally exciting me either because the lineup was Jay Reatard, Fucked Up, and Dark Meat - all of whom I had already seen either that day or the day before. That's when my friend said he was off to the Perez Hilton party.

"REALLY?", I thought....Yes, they were serious, and they said they could get me in even though I didn't RSVP or have a laminate. They also reminded me that Robyn AND N.E.R.D. were both playing - two artists I wanted to see more than most of my other options at that point. That, mixed with the potential hilarity of it all kind of brightened my mood. It was also just a short walk away at a place called the Palm Door, I knew I could leave whenever I wanted, and I could still end up at the VICE party which was running really late. And so we went. 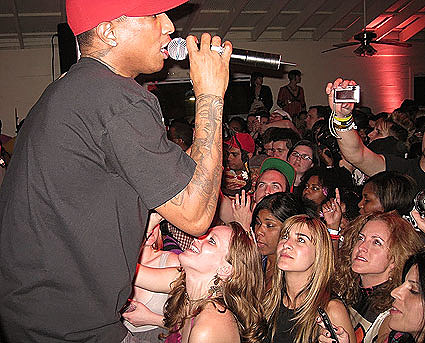 And yes it mostly sucked, but N.E.R.D. were awesome and made it all worth it. It basically went like this....

After N.E.R.D I went home because I was tirrrrrred and had a plane to catch the next day which also meant I didn't get to see Riskay, and I wasn't even going to attempt to go to the secret Todd P party that was probably still going strong until the sun came up. The End. More photos below...... 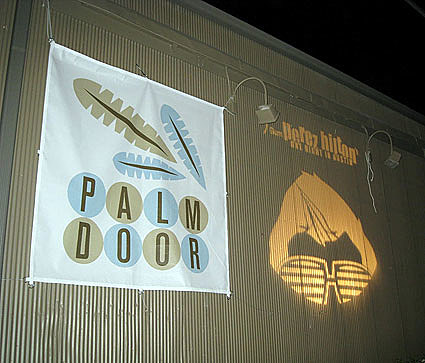 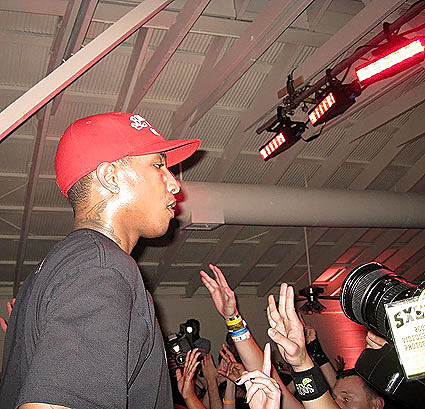 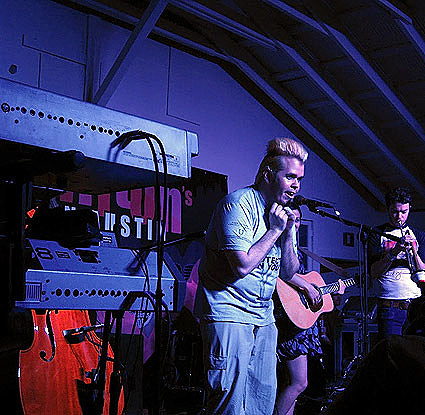 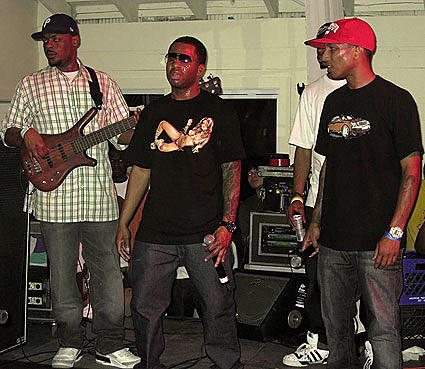 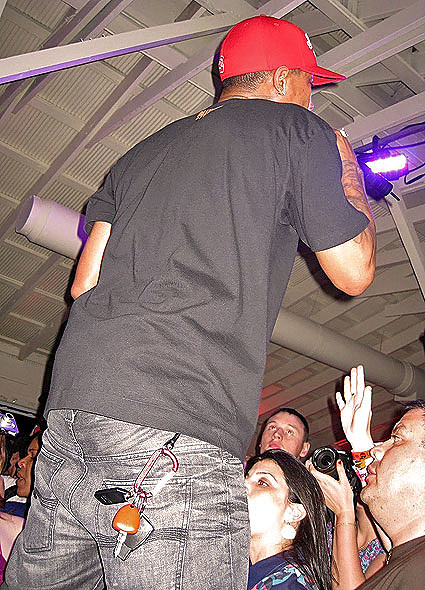 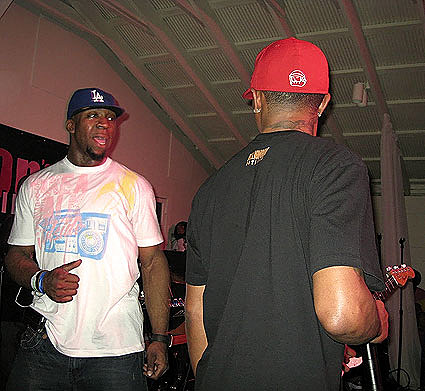 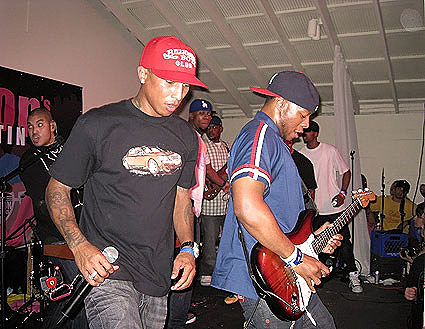 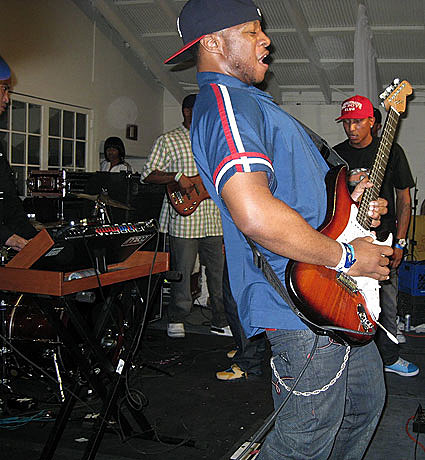 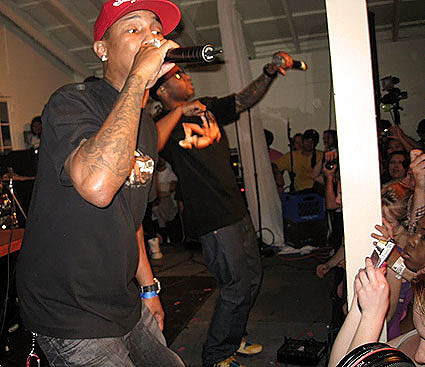 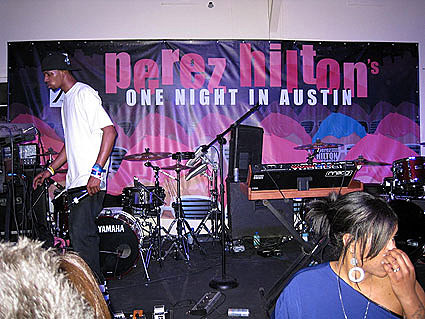 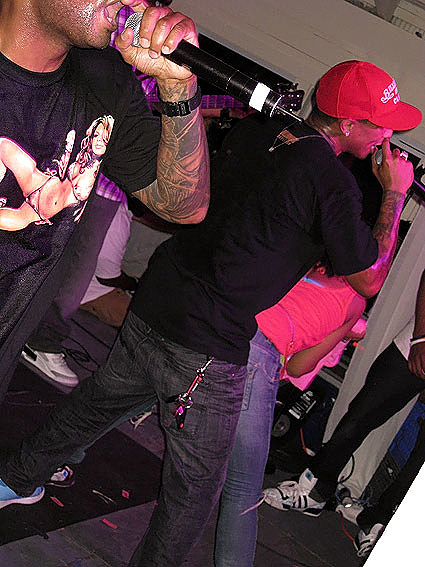 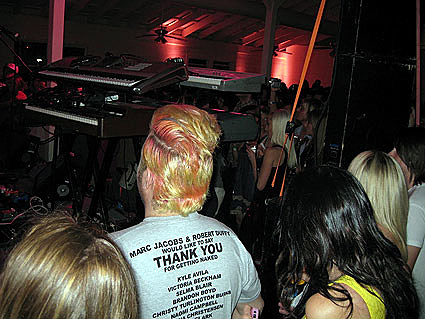