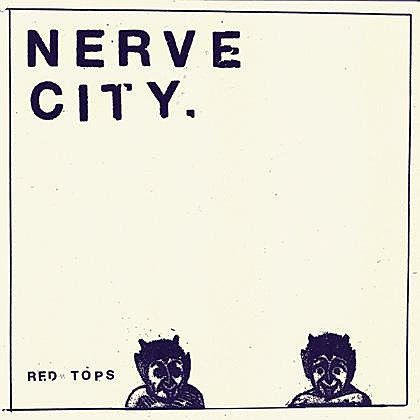 Richmond, Virginia's Nerve City [are] another impeccably morose, yet captivating home-recording outfit that has also made the leap into performing live shows. With a brand new 10" EP entitled I Fucked Death, released [in May] on Kill Shaman Records, Nerve City already have the rare ability to crawl under your skin with their gloomy yet humanizing songs that echo with the cold jangly chills of death's imminent arrival, and it's never felt so good. Like the soundtrack to watching a funeral parade slowly drive by, Nerve City nail their simplistic songs with the grace of a black angel falling from the sky, yet never come off as contrived. Sharing a sound and execution similar to their friends/cohorts Medication from Connecticut, Nerve City channel an indescribable eeriness that devolves and reemerges with each stirring song, creating such an atmosphere of sonic paralysis that is nothing short of hypnotic. Look for a new Nerve City 7" EP on HoZac [out now], as well as their debut LP on Sweet Rot soon. [Victim of Time]

Nerve City's new HoZac 7" is pictured above. A bunch of songs are streaming at their MySpace and you can grab two for free download above.