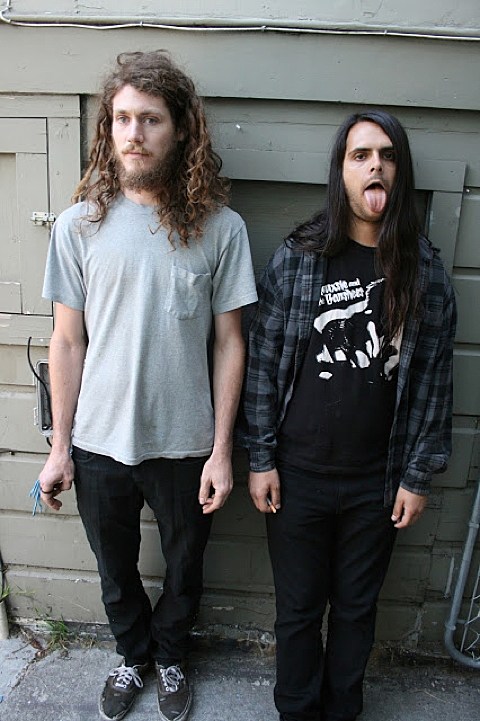 Oakland duo Nervous is fronted by Jake Spek, who played bass in two Deathwish-signed hardcore bands (Loma Prieta, Lewd Acts) and he's backed by drummer Jacob Harris (Big Kids, Acid Fast). The band's self titled debut -- produced by ex-Comadre guitarist Jack Shirley (Deafheaven, Joyce Manor) and mastered by Alan Douches (Converge, Japandroids) -- is packed with brash, sarcastic, angry noise punk that should appeal to fans of late-period Black Flag, Flipper, The Jesus Lizard, or a newer band like Pissed Jeans. The record is due out on September 24 via Twelve Gauge Records, and today the band is releasing a new song from it, "Perfection," which makes its premiere in this post. Check it out below.

Nervous plan to tour the US, joined by a touring bassist, this fall. Dates TBA.

Stream the new song, along with two other tracks from the LP, artwork and tracklist, below...

Nervous - "Cog In The Machine" 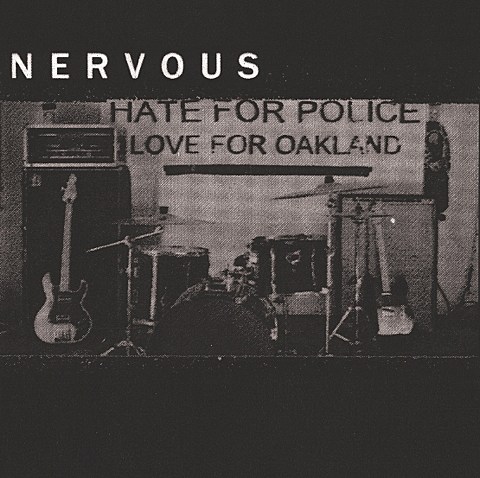