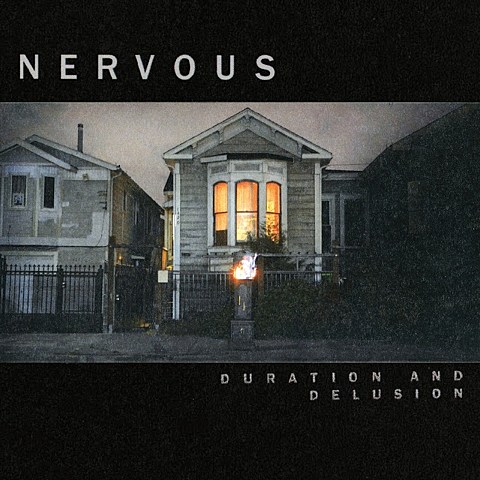 Noisy hardcore band Nervous (ex-Lewd Acts) are following 2013's self-titled debut with the Duration and Delusion EP on October 23 via Twelve Gauge Records and frontman Jake Spek's own Turbulent Records. They expanded from a duo to a trio for this EP, but their angry sound remains untouched. As you can hear on the EP's early singles "The Break" and "The Future," they're still channeling My War-era Black Flag, The Jesus Lizard, and more late '80s/early '90s bands in that realm. Listen below.

Nervous - "The Break" (via Decibel)