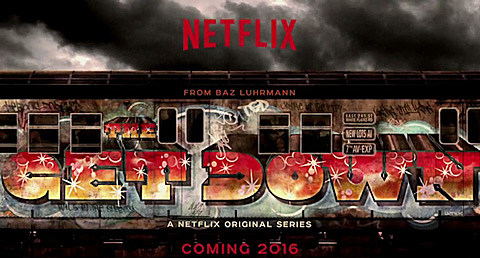 FOX's pulpy hip hop music biz drama Empire has been a surprise smash, making rap a suddenly hot commodity on mainstream network TV. That's good news for Moulin Rouge director Baz Luhrmann, who had been trying to bring a hip hop series to the screen for the better part of a decade. Netflix has bitten and ordered a 13-episode first season of The Get Down, which is set in 1970s New York City. From The Hollywood Reporter:

Consigned to rubble, a rag-tag crew of South Bronx teenagers are nothings and nobodies with no one to shelter them -- except each other, armed only with verbal games, improvised dance steps, some magic markers and spray cans. From Bronx tenements, to the SoHo art scene; from CBGBs to Studio 54 and even the glass towers of the just-built World Trade Center, The Get Down is a mythic saga of how New York at the brink of bankruptcy gave birth to hip-hop, punk and disco -- told through the lives and music of the South Bronx kids who changed the city, and the world ... forever.

Bringing a little grit to the series is co-producer Shawn Ryan, who created The Shield (and the barely-seen but great Terriers). Baz will direct the first two episodes and the first season finale. There's a teaser trailer you can watch below and The Get Down will hit your Netflix queue in 2016.

In related news, VH1 is producing a made-for-TV film, The Breaks, which was inspired by Dan Charnas' book The Big Payback, and will be a narrative history of the hip-hop business. That begins shooting this spring.