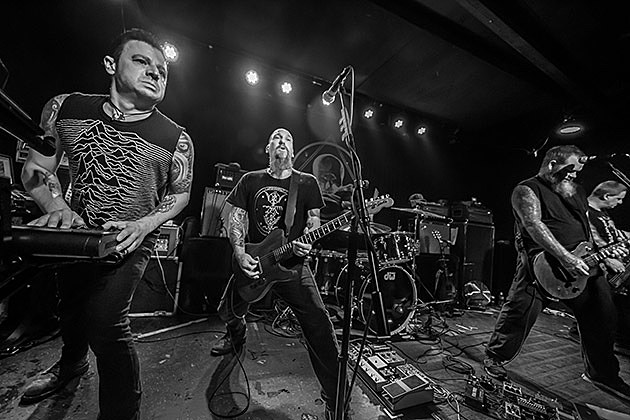 Legendary sludge band Neurosis are celebrating their 30th anniversary by playing some shows in their hometown of San Francisco with some equally legendary openers. The shows happen on March 4-5, the first night will be opened by Sleep and the second will be opened by Shellac. Those are some pretty amazing lineups, and Neurosis have promised 2-hour sets that will vary from night-to-night and cover their entire catalog. Tickets for both nights go on sale Friday (11/20) at noon PST.

Meanwhile, Neurosis frontman Scott Kelly is currently on tour with his Corrections House bandmate Bruce Lamont (also of Yakuza). The two are playing tonight (11/19) in Jersey City at Crazy & the Brains' venue The Funhouse and there are still tickets available for that.

Neurosis' only other upcoming dates are at Roadburn Fest in the Netherlands, which just announced that it will feature G.I.S.M.'s first ever non-Japan show.

Check out all upcoming Neurosis dates and video of their full set at Saint Vitus earlier this year below...