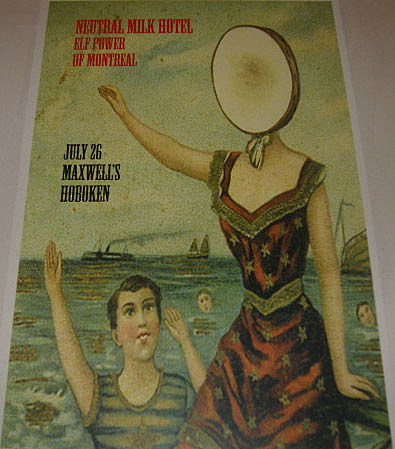 Like Nirvana did once and Yo La Tengo did around 123 times, Neutral Milk Hotel played Maxwell's in Hoboken. it happened on July 26, 1998 to be exact, one day after they played Bowery Ballroom. That's apparently the original poster pictured above. The setlist can be seen below.

Today (7/31), Maxwell's' last, Neutral Milk Hotel announced a tour that includes their first NYC-area shows since reuniting, not to mention a bunch in Texas and two in Chicago. Too bad they'll never get the chance to play Maxewll's again.