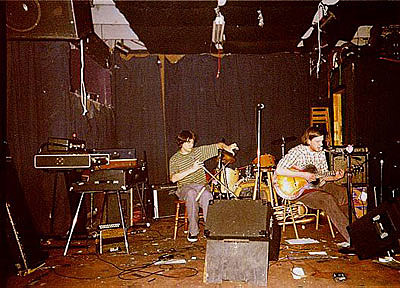 I was just talking to somebody about the possiblity of Jeff Mangum returning, and if he did where he would play, and for how many nights in a row, etc... That got me looking at the well-organized Neutral Milk Hotel gigography. I didn't realize NMH played so few small shows (especially considering what a large impact they had). They played their last NYC show at Bowery Ballroom in 1998 (did they headline?), and their 3rd to last NYC show was as an OPENER for Olivia Tremor Control at Brownies (what was the capacity of Brownies? 150?). The NY Times reviewed it.

Who was at one of these shows, or any NMH show for that matter?