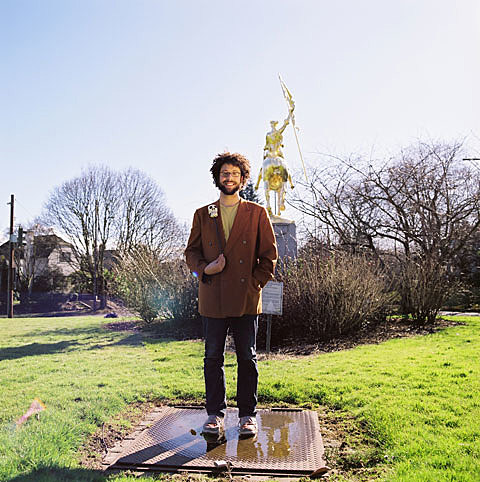 Singer & guitarist/ukuleleist Shawn Fogel of the band Golden Bloom is Neutral Uke Hotel, a ukulele-based project that covers Neutral Milk Hotel's In The Aeroplane Over the Sea in its entirety. He has a short tour lined up for the end of June with stops in NYC, NXNE in Toronto, upstate NY and a few other North East cities. He plays Mercury Lounge with The Handsome Family on Tuesday, June 15th where he writes, "We've got at least one special guest joining us for a song." Tickets are still on sale.

Fogel previously participated in "Beatles Complete on Ukulele" project, which performed at SXSW earlier this year.

Jeff Mangum played some of his Neutral Milk Hotel songs earlier this year at a benefit for Chris Knox.

Download "King of Carrot Flowers Pt. 1," the uke & melodica cover which is posted above. Videos of the NMH cover and all tour dates are below...