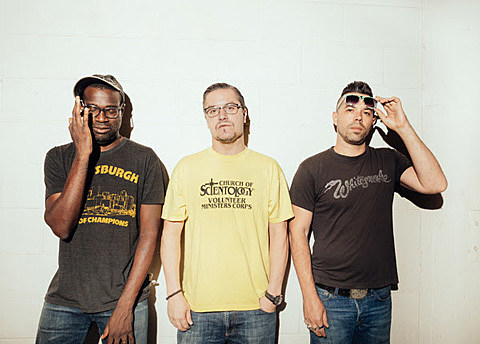 The Faith No More/TV on the Radio-related band Nevermen just announced a tour last week, but they've now had to cancel it due to illness. Pitchfork mentions they say there was an "illness within the Nevermen family" and that "the band hope to reschedule the shows in the near future." Tickets for all shows will be refunded. All affected dates (including NYC's Webster Hall) are listed below.

Boards of Canada also just remixed Nevermen's "Mr. Mistake." Listen to that below...