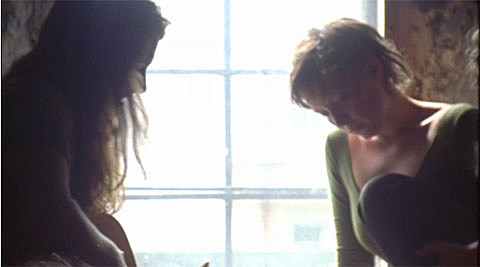 Mountain Man just finished playing a few dates with Deer Tick. Mountain Man opened the shows and then later joined Deer Tick on stage for at least a song. Those shows led up to both bands' separate shows in NYC, both happenjing tonight (8/13).

While Deer Tick, who are on their way back from Lollapalooza, is headlining Webster Hall, Mountain Man will be hitting The Old American Can Factory for a Rooftop Films show (which is now sold out, though "A limited number of tickets will be available at the door starting at 8:00 pm").

In November, Mountain Man is going out on tour with Jonsi. If you miss them tonight, your next NYC chance will be when they play Hammerstein Ballroom as part of that trip. Tickets are on sale.

Meanwhile, check out the beautifully shot video I found (a Kaleidoscope session), embedded below. It was filmed at St Augustine's Tower in London, and in it, you'll hear the harmonizing trio sing "Sewee Sewee", "Dog Song", and then a new song...