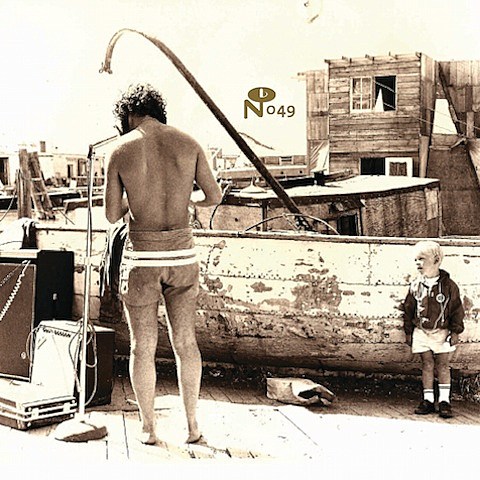 New-age musician Iasos has been churning out dreamy, celestial material since 1975. The Alexandroupolis, Greece-born ambient auteur immigrated to the United States at four-years old, with his family, and they briefly settled in New York City before moving upstate. Iasos made a post-college, cross-country move to California in 1968 to focus on music, which he began to perform with his group the Nova Shadow Quartet while in school. He struggled for years trying to form ensembles that might be able to recreate the music he heard in his head. Iasos released his debut effort, called Inter-Dimensional Music Through Iasos, in 1975 via his own Inter-Dimensional Music label. He's gone on to release 14 albums (most via IDM), and last year saw compilation Celestial Soul Portrait come out via Chicago's incomparable Numero Group. You can stream Celestial Soul Portrait (via Rdio) in this post.

Iasos live is an extremely rare occurrence, but when it does happen, his shows are one-to-two-hour multimedia experiences complete with self-designed visuals. NYC can experience this while celebrating the arrival of Fall at Baby's All Right on September 23 as part of the venue's first annual "Autumnal Equinox Celebration." The evening also features drink specials, the restaurant will have a special menu, and Prince Rama will DJ the afterparty.  Today only (9/2), advance tickets are just $10 and will jump to $20 after Midnight.

Then on September 25 at Body Actualized Center, Iasos will be holding a workshop titled "Using Sound for Light-Body-Activation & Healing." The artist offers further explanation:

Iasos takes you on a "guided tour" of many different ways that sound & music can be used for healing, alignment, and consciousness evolution. Iasos first gives a conceptual overview of the basic principles of "how sound healing works" and "how sound can induce increased coherence & beneficial energetic change"- and then, as he explains each concept, he will play recordings of his music that demonstrate that particular concept. The event then provides a wide range of examples, each of which is both intellectual (talking / left-brain-conceptual) and experiential / intuitive (actually listening & experiencing the sounds : right-brain-intuitive).

The workshop is on a sliding scale, $3 - $15 ("as each can afford"). More info on the workshop is here. Flyer for the Baby's show and a stream of Celestial Soul Portrait, below... 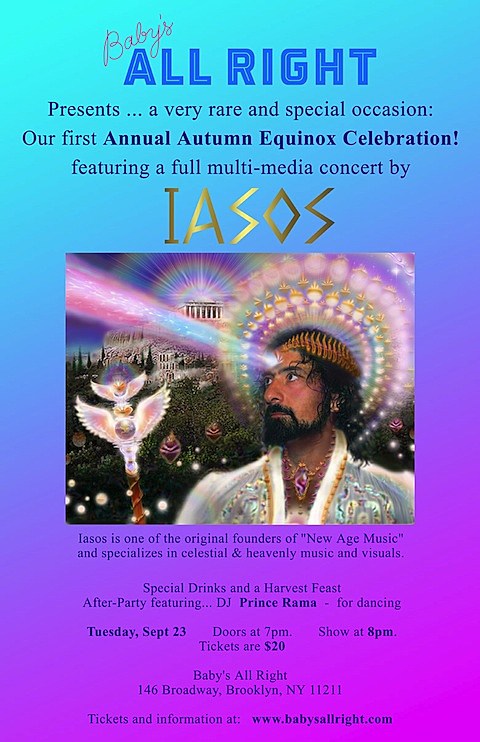