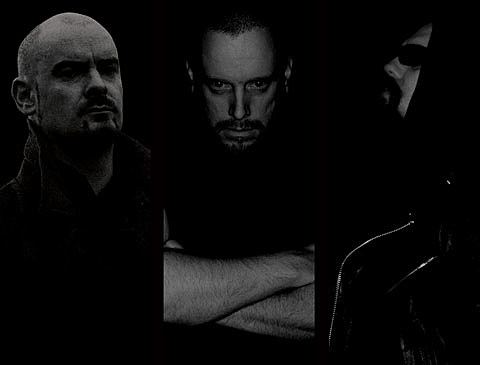 Every once in a while in the cartoons, the foulest arch-criminals would band together in pursuit of mutual destruction. The combined strength of the unit yielded a heavy burden for our fair hero, but under the weight of an all-star team, there was always one villain who took a back seat to the rest.

Blood Revolt is that same unit of super villains, but with none taking a back seat to the others. The melding of three evil geniuses into a singular crew has yielded Indoctrine, a brutal and fascinating piece that incorporates the best elements of the three collaborators. They are A.A. Nemtheanga (of Primordial), James Read (Revenge, Conqueror), and Chris Ross (Revenge, Axis of Advance). It's just as you might imagine; blasting and punishing black metal riffage combine with Alan Nemathanga's soaring voice. Indoctrine is a fascinating listen, as you can hear by the title track (making its debut here) and "Year Zero" which is also available for download above.

With Indoctrine on deck (due in early July via Profound Lore Records), we approached vocalist A.A. Nemtheanga about the new Blood Revolt LP, his involvement in the supergroup/cover band Twilight Of The Gods, and the current state of Primordial. That chat is transcribed below...

Indoctrine is a truly unique piece. How did Blood Revolt come about? What are the origins of the project and some goals that you wanted to achieve with it?

It was J.Read who contacted me and asked me if I would be a part of a new project together with him and Chris from Axis of Advance and Revenge. Axis had just ended and I think they wanted to create new music but also to push things in a different direction.

Being that the three of you exist on two continents, how did the writing work?

Chris and J. Read wrote the music together and sent me cds and mp3s. I worked on the concept and lyrics on my own. I then flew over to Canada just as they were near to finishing the drum and guitar tracks and we worked as a band together on the overdubs, mixing and vocals. We could have done everything apart but we needed some kind of band feeling. 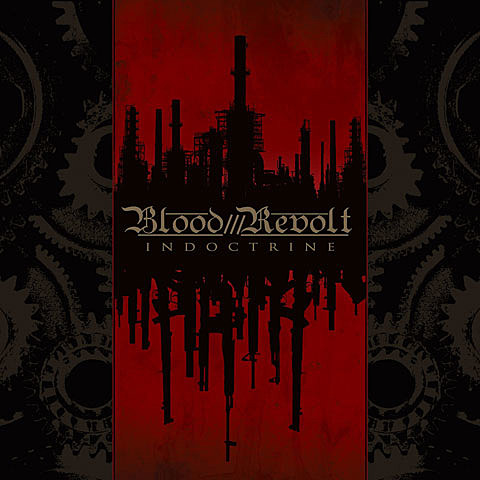 Indoctrine seems to plot an arc of madness towards war. Do you see the LP as the beginning of a larger conceptual whole?

The album is a concept, it plots a mans descent from alienation to martyrdom in eight chapters through religious indonctrination, madness, to bomb making, serial killing and ultimately revenge. It could be set anywhere throughout this world; all you need to do is turn on the news and you can see the inspiration. I don't see any reason why we cannot continue with another album.

What are future plans for Blood Revolt? Is there additional material that didn't surface on the LP?

Nothing at all. A demo of two tracks we made for ourselves but no extra material.

Can you envision a live show for Blood Revolt? Is this a studio-only project?

We are talking about it, and why not play it live? I think it could be crushing. Definitely a challenge but could be immense.

You recently revealed your involvement in Twilight of The Gods with Blasphemer, Frode Glesnes, Nick Barker, and Patrik Lindgren and played some live shows in Europe. What was the genesis of this project? Do you forsee the band moving beyond a cover band and towards something original but still true to the source material?

Just an idea I had last summer and I decided to act upon it and not pontificate and do nothing. We played five festivals and it was a great experience. It's not Bathory, just five guys celebrating the music. I doubt there will be any original music, definitely no re-recording of anything to do with Bathory or anything like that. 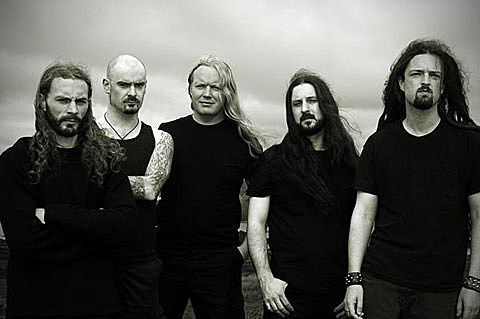 You recently stated a possible timeframe of June for the recording of the new Primordial with a release in September/October. Is this on track? Has anything come to fruition thus far?

The release wont be in sept/oct. We are aiming for the end of the year but we have to see what happens. The songs are there they just need to be put together.

Thanks to Alan, Chris, Blood Revolt, and Primordial