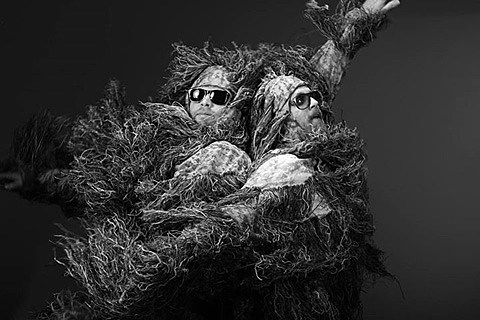 As mentioned, New Build (Al & Felix from Hot Chip's other band) are playing NYC in December -- 12/3 at Mercury Lounge and 12/4 at Rough Trade -- and tickets are still available. As it turns out, those are the first two dates of a short North American tour and all dates are below. The band's second album, Pour it On, is out this week and you can stream it in full, below.

Joining them on tour will be Museum of Love, the new band from LCD Soundsystem drummer Pat Mahoney (and old DFA cohort Dennis McNany). They're on the Mercury Lounge show but not the Rough Trade one, apparently. MoL have only played one proper NYC show -- DFA's "Summer Soiree" at The Wick -- but the live incarnation, which is a full band, seemed to have it together. I thought they were really good. If you haven't checked out the Museum of Love album yet, you can stream it via Rdio.

This could be an interesting tour, as both Al and Pat were in LCD's live incarnation (and Pat played drums for Hot Chip on at least one tour). Maybe there will be some cross-pollination at shows? We shall see.

Tour flyer, all dates and album streams below... 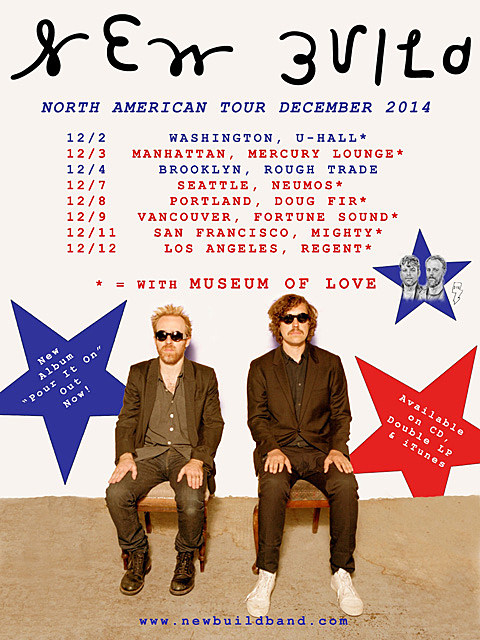