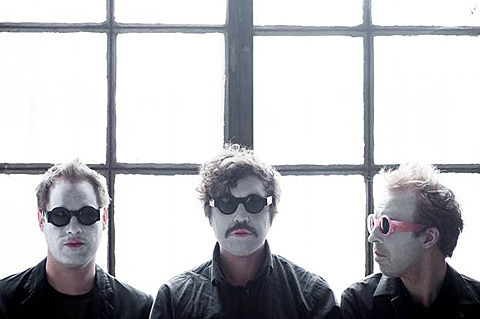 New Build, which features Al and Felix from Hot Chip, will release their second album, Pour it On, next week (11/11) via Sunday Best. It's a little proggier (and less whimsical) than their other group, but no less beat-oriented. You can stream a couple tracks and check out the video for "The Sunlight" below.

While no North American tour has been announced, New Build will be in NYC next month for a couple shows: Mercury Lounge on December 3 and Rough Trade on December 4. Tickets for both shows go on sale Wednesday (11/5) at noon.

All dates are listed, along with streams and video, below...