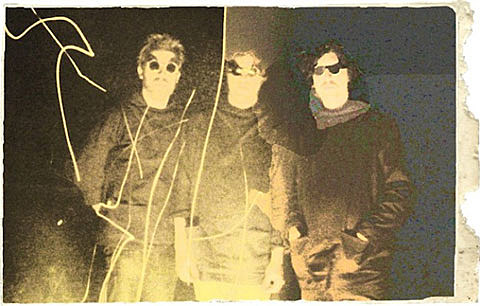 New Build, the new project featuring Hot Chip members Felix Martin and Al Doyle (who was also in LCD Soundsystem) and engineer Tom Hopkins, announced last month/year that they'll be making their NYC debut at Mercury Lounge on March 13. That show has since sold out and they've since added another show happening one day later at the same venue (3/14). Tickets go on sale Friday (1/20) at noon with an AmEx presale starting Wednesday (1/18) at noon.

In related news LCD Soundsystem is releasing a documentary called Shut Up and Play the Hits. Watch the trailer if you haven't already.