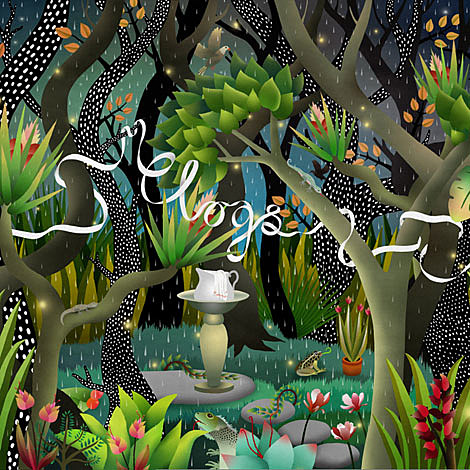 With the new National record coming out, don't forget there's also a new Clogs record, The Creatures in the Garden of Lady Walton, out March 2nd on Brassland (cover art above). On that record, the band, headed by Padma Newsome and The National's Bryce Dessner, will be joined by vocalists Shara Worden, Matt Berninger and Sufjan Stevens (who is also a confirmed guest on the new National). Clogs just put out a pre-album EP titled Veil Waltz. They're also playing live including a Brooklyn show at the Bell House on March 24th. Tickets are on sale now.

Shara Worden (aka My Brightest Diamond) recently headlined a show of her own at Bowery Ballroom one night before she made a special appearance for Haiti at Music Hall of Williamsburg.

More info on the new Clogs album and all dates below...

"The Creatures in the Garden of Lady Walton, available March 2, 2010, is Clogs' newest album and their first record of songs after four primarily instrumental releases. The Creatures is a song cycle composed by Padma Newsome and features extensive vocals by Shara Worden of My Brightest Diamond. Other guests include Sufjan Stevens, Aaron Dessner and Matt Berninger of The National and the Osso String Quartet."