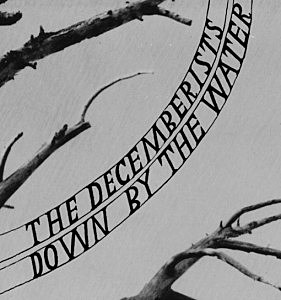 The Decemberists have announced that their sixth full length album, The King Is Dead, will be released through Capitol Records on January 18. To accompany this announcement, they have also released the first single off the album, "Down by the Water" (which Colin Meloy played solo for KEXP during CMJ) featuring Gillian Welch singing duet vocals with Colin Meloy (Welch also just collaborated with Norah Jones on her new album). The single can be downloaded for free off of The Decemberists' website. The record will also feature guest musician Peter Buck of R.E.M., who The Decemberists have previously collaborated with in Buck's project, The Minus 5.

"Black Prairie is an impossible band to classify. They're billed in some circles as indie rock, but that's not quite accurate. That may be because it's the type of musical circles the members of the band normally travel in. The most well known members of Black Prairie spend most of their time in the folk rock band the Decemberists.

There are a few similarities to the Decemberists' work here and there, but anyone expecting that brand of folk rock/indie pop, should leave those expectations at the door. Black Prairie abandons any of those pop sensibilities for the most part, instead trading them in for an altogether distinct sound.

It would be a bit too simple to call them an alt-country band as they don't seem to share many of the same principles aside from sounding like a band that might interest people who have a leaning in that genre. The road they seem to travel is that of a bluegrass band."
[Washington Times]

How was the NYC show?

In somewhat related news, friend of the Decemberists and fellow Portland band Loch Lomond have announced a new album as well. "Little Me Will Start A Storm" will be released via Tender Loving Empire on 2/22/11, and can be pre-ordered on CD and vinyl now. Sample a track from the record above.

Both new album tracklists below...

--
AND FOR THOSE IN PORTLAND