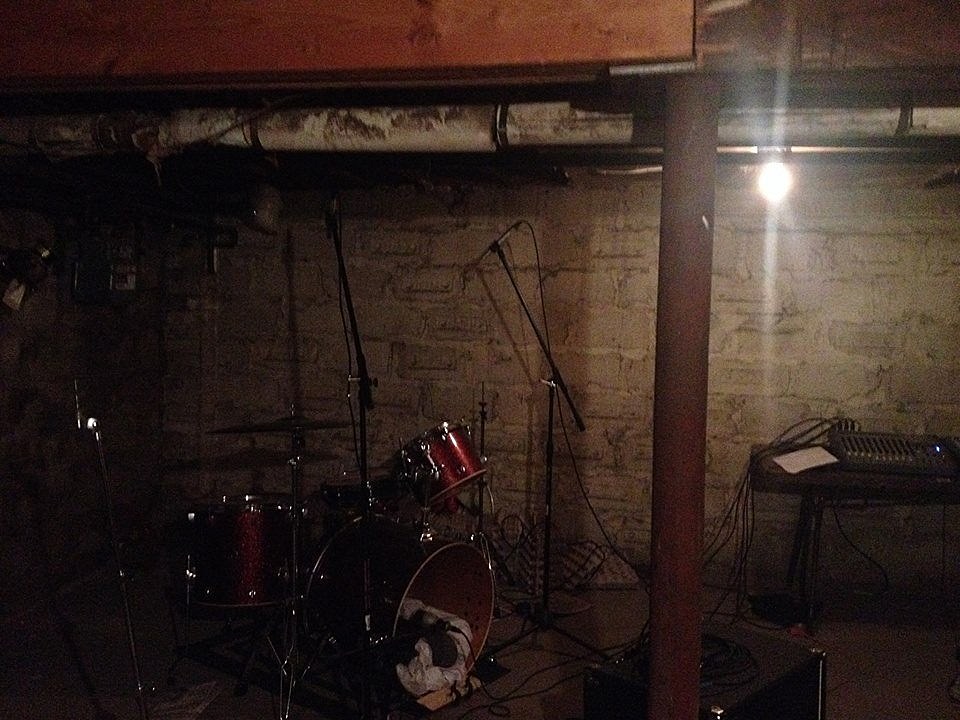 Okay, look, I know how this is going to read. Some writer (and we're using 'writer' loosely, all dead authors not in H.G. Wells' time machine are spinning) on the internet is telling you to go to Frank's Basement. That's how episodes of Dateline start. But, really, you should go to the new venue called Frank's Basement in Bensonhurst. It looks cool, and hey, how often do you get out to Bensonhurst? (editor's note for old people: Frank's Basement is just blocks from the old location of L'Amour)

Frank's Basement just set up their Facebook page a couple weeks back and their mission statement is DIY perfection:

We hold free all ages shows for any band or artist that wants to perform most of the shows take place in the basement but some at other venues.

Their next show is at one of the "other venues," specifically East Midwood Jewish Center on June 26 with "bands playing of all types from punk rock to more experimental". The bands, who we are not familiar with are: Greenwood, Paraiso, Swinging Riot, Tehama, and TollBooth. True to their word, it's free. Hey, free is cool (editor's note: and just blocks from my uncle's apartment!). That's inarguable.

Also cool? Making a hilarious promo video. "You like ballet? So what. You like tap? So what." Have fun quoting that to confused people the rest of the day.

Two Frank's Basement flyers and the promo video appear below. Watch out for the water bugs. 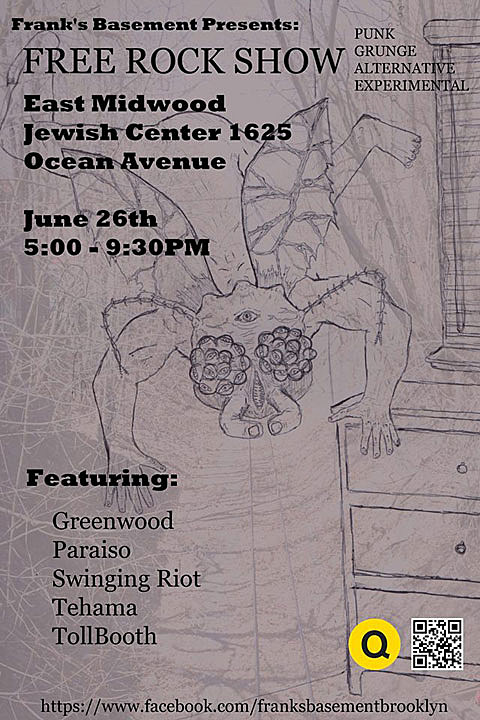 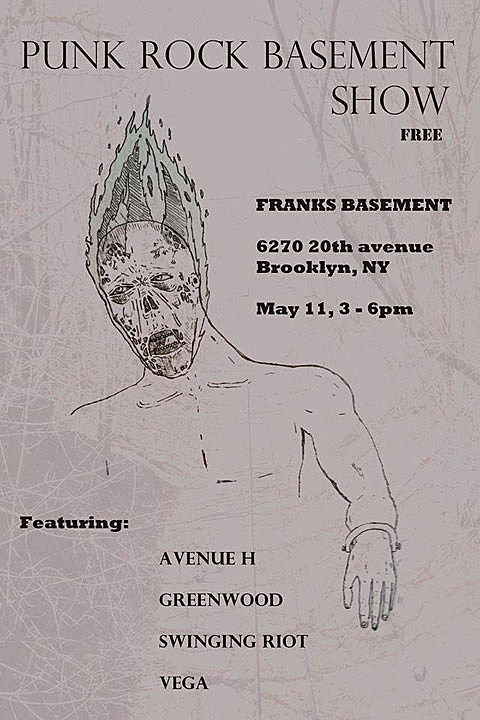