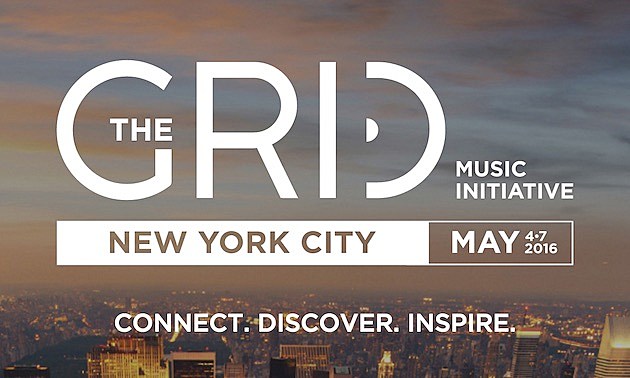 The Grid is a new NYC festival happening May 4 - 7 at 20 "intimate" venues across the city. They actually refer to it as a "music initiative." What does that mean?

This is not your typical music "festival," so just "booking bands" is not all we're doing. We're having conversations with artists, managers, record labels, and agents to make sure our mission is clear. We want to create something special, where true music lovers and the music community have a new place to meet, collaborate and learn; where art trumps commerce; and where the best up + coming artists have an opportunity to be showcased on the biggest stage in the world, NYC!

They are promising over 100 music showcases over The Grid's four days and venues include Webster Hall, Rough Trade, Irving Plaza, Brooklyn Bowl, Music Hall of Williamsburg, Milk Studios and more (all which they say will be accessible via the L Train). Details, like the full lineup, who is playing where, that sort of stuff, have not been announced yet but festival passes and single day tickets are on sale now.

Note: The Grid will be happening at the same time as the unrelated 2016 Red Bull Music Academy (happening throughout May) which is also putting on shows and talks and other events. Details still TBA.