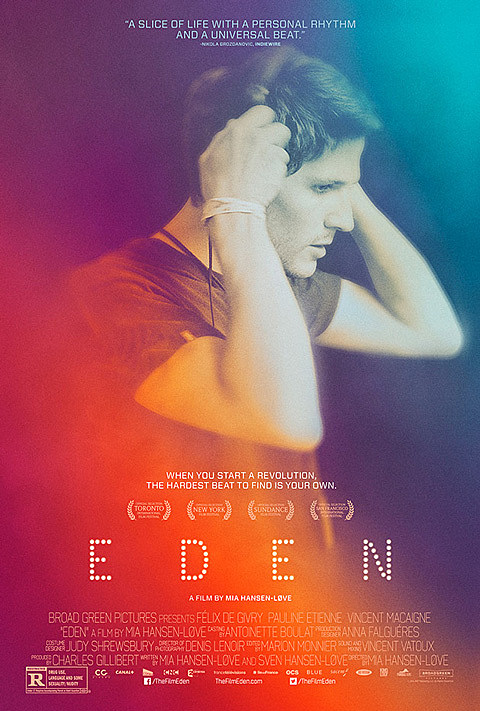 So far this has been a pretty good year for films revolving around music, both in documentary and dramatic form. The Wrecking Crew and Love and Mercy to name two. Adding to those and opening today (6/19) on select cities is Eden, a drama that centers around young DJ, Paul, and his friend Stan as they travail through life and the budding '90s "French Touch" electronic scene through its growth to the present. The film is directed by Mia Hansen-Løve, who got her start acting in future husband Olivier Assayas' wonderful 1998 film Late August, Early September. Moving into directing, this is her fourth film and most accomplished yet. (You would be well worth checking out her last film as well, 2011's very heavily French New Wave inspired Goodbye First Love.)

Much of the authenticity and excitement in many of the scenes derives from the fact that the film was co-written by Mia's brother Sven who was a DJ on the front lines right from the beginning. While not strictly autobiographical, there is no denying the story comes from someone who was right there as it was happening. For example, marvel at the moment early on when a young Daft Punk plays "Da Funk" for the first time at a Parisian house party. Recommended, especially if you are a fan of the music. In NYC it's playing at IFC Center and Lincoln Plaza Cinemas. Watch the trailer below.

Speaking of music, the 2-CD soundtrack is fantastic, featuring the music that had this scene cooking, including songs from Jaydee, Frankie Knuckles, Joe Smooth, Cheek and of course the aforementioned Daft Punk and more. Tracklist, and a Rdio playlist with most of the songs is below. If you want the real thing: Broad Green Pictures and BrooklynVegan have five copies of the soundtrack to give away. Details below. 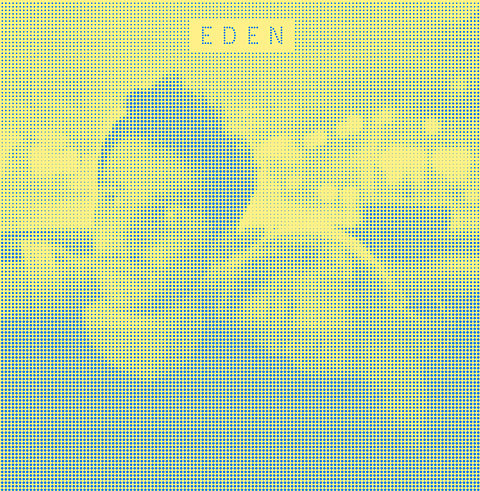 ======================
For a chance at winning a the EDEN SOUNDTRACK CD: either tweet something that includes both @BrooklynVegan AND "Eden soundtrack" in the tweet, or send an email to BVCONTESTS@HOTMAIL.COM with the subject line "Eden Soundtrack". Include your first and last name in the email. We'll pick a winner at random and contact them with more details. If you enter by email, it will not be shared with anyone else. Good luck!
======================