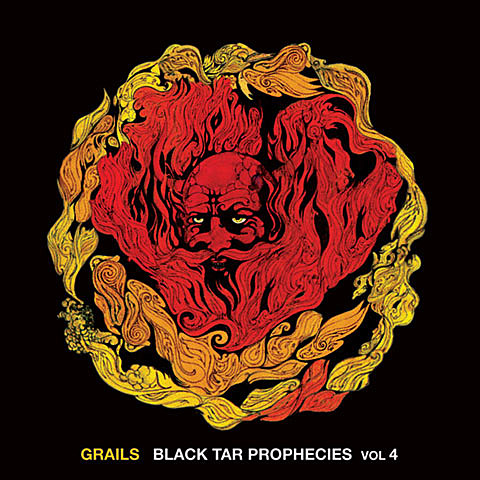 While Al Cisneros is busy rattling skulls in Shrinebuilder and Sleep (!), Om drummer Emil Amos continues to show his instrumental prowess in Grails. Volume four of the band's Black Tar Prophecies is currently on deck (volume 5 is already in the works) and impacts May 25th on Important (who recently dropped Ocean's last LP on wax). The release will be available in the form of 500 pic discs/1000 Stoughton jacketed LPs and will later be compiled with Volume 5 for a release on Temporary Residence Limited (new home of Coliseum and current home to many other notables). Check out the first serene and silently melancholy track "Up All Night" available above and the trippy-as-usual trailer for the band's release below (resembles their DVD). The EP will serve as a primer for the band's upcoming full-length excursion, due on Important in spring 2011.

Meanwhile, Grails is scheduled to hit the shores of Europe in the coming week, leading up to a date at the Pavement-curated ATP. Tour dates for that trek is below.

UPDATE: Grails will be in Brooklyn some time between June 24-27 to play a Northside Festival show. Stay tuned for more info.

Unlike Grails, Shrinebuilder DIDN'T make it out to Europe and are rescheduling their dates in November. However, they DID play a surprise show at Europa while the EU tour situation was in limbo. Thank you/damn you volcano.

Sleep is scheduled to play ATP NY along with sunn o)))/Boris, Hope Sandoval & The Warm Inventions, Iggy & The Stooges, Sonic Youth, and a jaw-dropping list of others. Tickets are still available.

Some video, tour flyer, and EP tracklisting is below.. 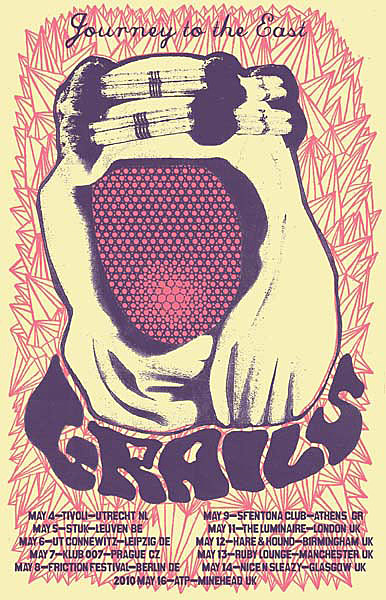