still from "Yet Again" video 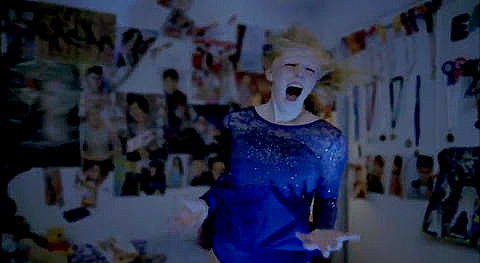 Grizzly Bear, who just played Manhattan's tony Radio City Music Hall on Monday (9/24), have just released the video for "Yet Again" from their much-praised album, Shields. The clip was directed by Emily Kai Bock who put Grimes in a locker for "Oblivion" and for the Brooklyn band has fashioned a narrative about a figure skater who falls through the ice and into another, dreamlike world. You can watch it below.

While the video, produced in partnership with The Creators Project, doesn't actually feature the band, they will be enterering their own dreamlike world soon. Well, Europe at least, when Grizzly Bear head across the Atlantic to tour with Villagers after a short West Coast stint with Lower Dens.