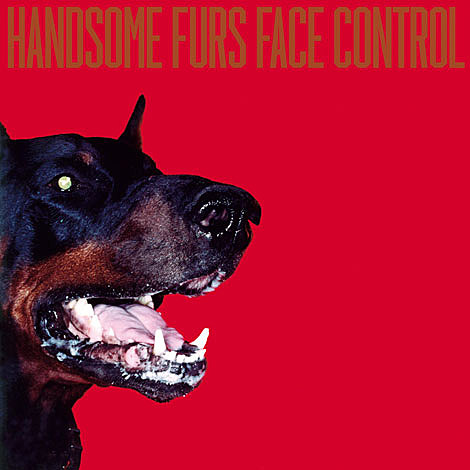 FACE CONTROL is the second album by Montreal's Handsome Furs, 2007's Plague Park was their first. Alexei Perry and Dan Boeckner wrote the songs on FACE CONTROL together. The album was recorded and mixed by Arlen Thompson at Mount Zoomer. It was mastered by Harris Newman at Hotel2Tango. It will be released on March 10th, 2009 [by Sub Pop].

The release of SWAN LAKE's new album is imminent! It is called "Enemy Mine", to be released on Jagjaguwar on March 24th, 2009 (March 23rd in the UK).

For those unfamiliar, SWAN LAKE is the musical group featuring celebrated songwriter-mystics Daniel Bejar (of Destroyer and New Pornographers), Spencer Krug (of Sunset Rubdown and Wolf Parade) and Carey Mercer (of Frog Eyes and Blackout Beach).

Together they recorded Enemy Mine, their nine-song second album, in Victoria, British Columbia, in early 2008, a little more than a year after the release of their well-received debut collaboration, "Beast Moans", also on Jagjaguwar.

While their debut album was a beautifully-weaved mash-up of their disparate song-writing styles, often with layer upon layer of various melodies and stylistics thrown into a collaborative cauldron to magical, and at times discordant effect, their second album "Enemy Mine" reflects a more stripped-down, more deliberate approach to collaboration. It's as if they really tried to just make nice songs together. To quote Krug, "There's architecture here." Not that the lyric is about collaboration--it fits nicely though.

It is the band's contention that this is the first known use of a "court painting" as a record cover used in popular music. As a result of this enthusiasm, the band had planned on calling the album "Before the Law", a beloved Kafka parable and a reference to this court painting. However, the band is tired of being tagged as "literary", so they dubbed the record "Enemy Mine", a beloved movie from Bejar's youth, and a good metaphor for collaboration.

Both new album tracklistings, and Handsome Furs tour dates (including SXSW), below...