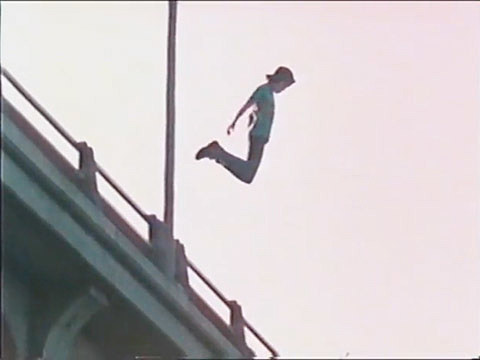 Holy Sons have released a new video for "A Chapter Must Be Closed" from the new LP Survivalist Tales, view that for the first time below. Grab an MP3 from the same record above. The video release comes hot on the release of the trailer for the new LP from one of Emil Amos's other project, Grails, which will drop in March.

Check out the new Holy Sons vid with two older videos, and the Grails trailer (UPDATE: with full album info) below. I will literally never think of Chuck Mangione in the same light again...

Holy Sons - "A Chapter Must Be Closed"

Grails, the long running out-rock quartet from Portland, OR, will release their long anticipated 5th album, Deep Politics, on Temporary Residence Limited March 8th, 2011. The eight song set was conceived during the band's longest-ever gestation period between albums, a fact immediately reflected in the increased compositional depth, intensified use of fetishistic cut-and-paste production techniques (akin to those employed by RZA and MF Doom), and the striking inclusion of lush string arrangements (courtesy of acclaimed composer Timba Harris). Broadening their already staggering aesthetic palette, the new album bares the indelible stamp of 70's Italian film scores and obscure occult/fringe library music, cultivating an immersive environment that inspires both an eternal sense of longing and an impending sense of dread.

The band's last album, 2008's Doomsdayer's Holiday - their most highly acclaimed and commercially successful release to date - marked the end of an incredibly prolific three-year period that spawned two full-length albums, four EPs, a DVD and near-endless touring with fellow forward-thinkers Boris, MONO, Earth, Om, Silver Apples, and the late Jack Rose. When multi-instrumentalist Emil Amos (also of Holy Sons) became a full-time member of the similarly prolific post-doom duo Om it presented Grails with a rare opportunity to decompress and reinvent themselves once again.

Through tireless exploration and awe-inspiring execution, Grails have found their true calling as purveyors of a new kind of library music, to be discovered by future generations of crate diggers and curious forward-thinkers. - [PRESS RELEASE]