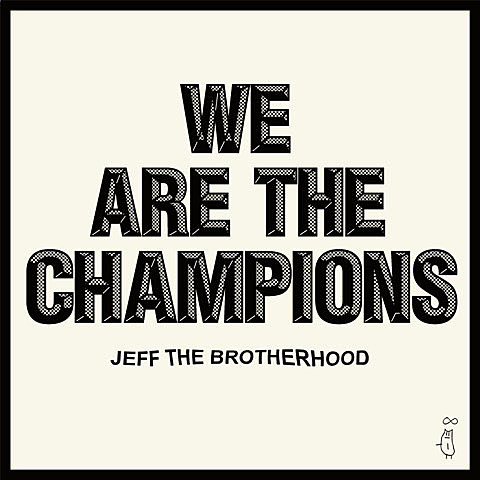 Though lots of their friends and labelmates were in town last week for CMJ, JEFF the Brotherhood were not. That makes sense since 2009 was their big CMJ year, and 2010 is the year they headline the 600+ capacity Music Hall of Williamsburg. The full October 28th Brooklyn bill also includes Ninjasonik, Liqour Store, and ELKS, and tickets are still on sale.

Can't make it to Music Hall? The band also open for the Zeroes at Maxwell's the very next night. They're also on the bill of Fun Fun Fun Fest in Austin, and play other shows before and after. All dates are listed below.

JEFF's next LP entitled We Are The Champions (as the picture of the cover art above illustrates) "is expected in early 2011". But you don't have to wait that long to get a taste because we're very happy to present the premiere of a track off that album. Grab "Diamond Way" above! Full track list with the dates, below...