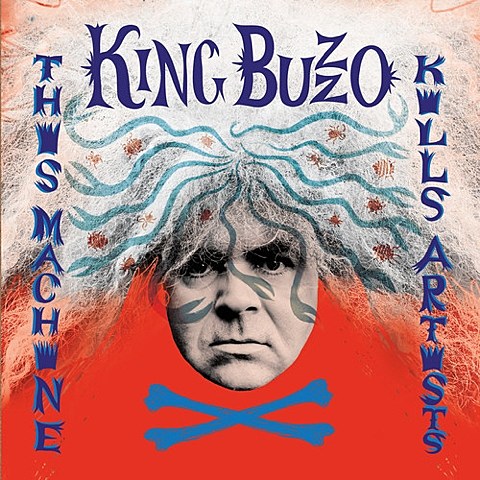 The new additions join Descendents, Lifetime, Paint It Black, The Marked Men, Modern Life Is War, Mineral, Hot Water Music, Screaming Females, Touche Amore, Into It Over It, Circle Takes the Square and many, many more. Passes are still available.

Meanwhile, Melvins singer Buzz Osborne, or King Buzzo, recently released another song from his upcoming acoustic solo album, This Machine Kills Artists, which is due out on June 3 via Ipecac. Like previous single "Dark Brown Teeth," it's acoustic but it's not like Buzzo is going singer/songwriter on us or anything. It's pretty much a drum-less, distortion-less metal song. Check out the new track, titled "Instrument of God," below.

And in more related news, United Nations singer Geoff Rickly (who also used to sing a band called Thursday) recently wrote for The Talkhouse on how he paid $2,000 on StubHub to attend one of The xx's 40-person shows at the Park Avenue Armory in March. Here's how he described the show:

As the set progresses, the room changes. The night turns magic. The lights drop and "Fiction" starts playing. Now the beat is booming somewhere behind us. It's becoming increasingly clear that this small room is a facade and we're in a massive space. The walls turn into screens that are being projected on from outside. The ceiling starts rising above us, first one story, then two, then three. Liza grabs my hand as the soundtrack to her loneliness throbs in the air around us.

The walls blow off the room and lights come streaming through the air from great distances. The band is slinking through one number after the other. Music has never been sexier or more vivid. It felt like being inside the record sleeve. The sound roaring in the void around us, the lights echoing the artwork -- this is the closest I've ever been to the realization of a musical vision.

Read the rest of his interesting (and pricey) story about how and why he ended up forking over two grand for the show, at The Talkhouse.

Stream the new Buzzo song, with the full list of Fest additions, below...