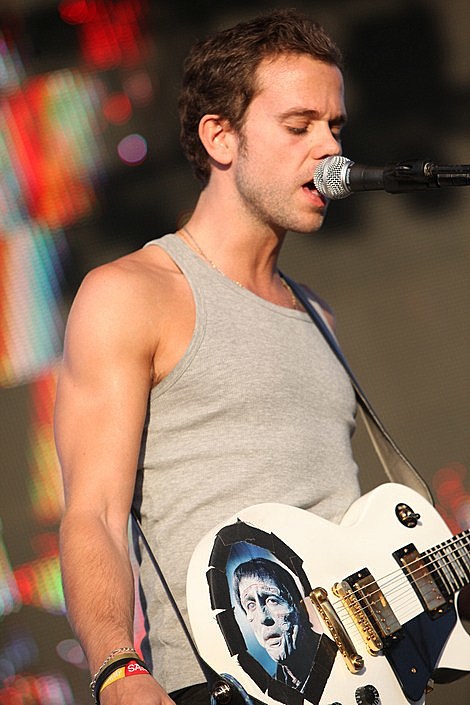 "It's a double album," Gonzalez tells SPIN, adding that it will have a conceptual element. "It's mainly about dreams, how every one is different, how you dream differently when you're a kid, a teenager, or an adult. I'm really proud of it. If you're doing a very long album, all the songs need to be different and I think I've done that with this one. Overall, it's pop -- and very epic. Anyone who loved M83 before, they'll love this album even more. People that hated me, they're going to hate this, too."

Sonically, Gonzalez says he's splitting the difference between the slick, synth-pop of Saturdays and the more ambient work of Before the Dawn. Short interludes will be interspersed among longer tracks, and Gonzalez is testing out new instruments like acoustic guitar. He hasn't quite nailed down song or album titles yet -- Gonzalez just wrapped up mixing the album two weeks ago -- but he does reveal that guests will include Zola Jesus and Brad Laner from Medicine, the cult noise-pop band who were once signed to Rick Rubin's American Recordings in the '90s. Beck and Nine Inch Nails' bassist Justin Meldal-Johnsen is also contributing.

"The track that Brad sings on is just gorgeous -- he did incredible work on that," says Gonzalez. "And Zola's track is very orchestral and very big. It's almost like a duet." [Spin]

M83 plans to release the ambitious double album this October. A teaser video called "Echoes..." for the album was uploaded onto his website recently. Check that out below.

M83 will go on a North American fall tour in October and November in support of the new album. The tour kicks off on October 15 in Mexico, includes Moogfest and ends in NYC on November 22 at Webster Hall. Ticket presale is available on M83's site now. Check ticketmaster for updates on general sale.

M83 album guest Zola Jesus has her own new album on the way too.

All tour dates and album teaser video below...