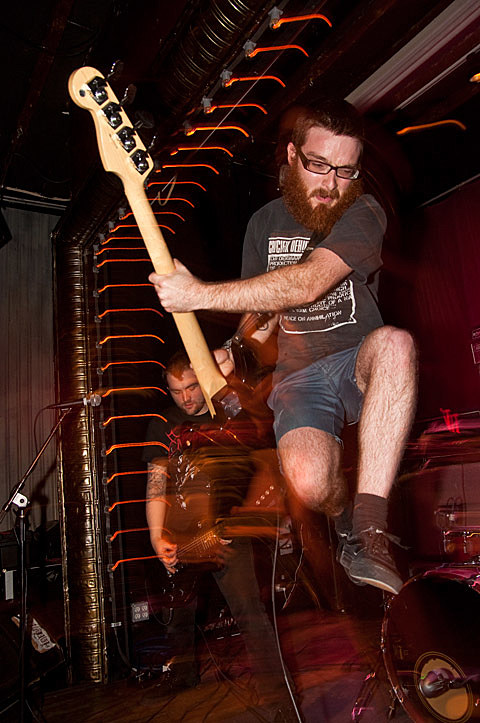 Masakari's fiery live show has a new clip of ammunition. The Cleveland band have teamed with Germany's Alpinist to release a new split LP due via Halo of Flies and in the EU via Alerta Antifascista. The fifteen track effort features seven from Alpinist and eight from Masakari including "Hexenhammer", "Subjection", "Steps" and "XXI. Progress". You can listen to all four in this post. The latter two make their premiere here, and one is via Crustcake. The song, all tour dates and the album art are below.

Masakari and Alpinist are heading out on tour will play multiple Power of The Riff shows as part of their tour together. Since we last spoke, The Power of The Riff has expanded significantly, as the festival will now descend on San Francisco and Seattle in addition to Los Angeles. The traveling festival will play two days in San Francisco with the first night boasting an unreal lineup of Winter, Noothgrush, Trap Them, Black Breath, All Pigs Must Die & Acephalix. Tickets for that show, which goes down on August 15th at the Elbo Room, are on sale. The second night is equally impressive, as Pentagram, Pelican, Alpinist, Masakari, Early Graves, Baptists, and Aeges will hit The Mezzanine on 8/16 (tickets). August 18th at Neumo's in Seattle, will bring the festival to a conclusion, and will feature Winter, Pelican, Noothgrush, All Pigs Must Die, Alpinist, Masakari, and Aeges (tickets). August 20th at The Highline in Seattle has From Ashes Rise, Black Breath, Trap Them, Baptists and Special Guests. 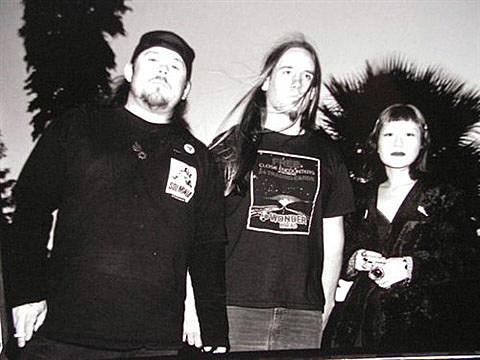 In case you missed it, yes you read right, a Noothgrush reunion!

Noothgrush is a sludge/doom band formed in early 1994 around San Jose, California, USA. Lyrically, they are heavily focused on self-hatred, general misanthropy and Star Wars.

The band name is a reference to the Dr. Seuss book "There's A Wocket In My Pocket", where a "noothgrush" appears annoyingly on the main character's toothbrush.

Noothgush 2011 is Gary Niederhoff, Russ Kent, and Chiyo Nukaga. Stay tuned for a forthcoming Noothgrush release on Southern Lord called: Live For Nothing. It contains 2 college radio broadcasts from the 90s.

Matt Harvey, who played in Noothgrush, recently played Maryland Deathfest as a member of Exhumed, a member of Gravehill, and of Cretin. Check out a full set by Noothgrush in 1996 at Killthatcat.

As previously discussed, Power of the Riff LA happens on 8/13, and with Pentagram, Winter, Pelican, Trap Them, Masakari, All Pigs Must Die, Masakari, Alipinist, Acephalix, and the recently added Black Breath, Harrassor and Plagues. Tickets are on sale.

In addition to Power of the Riff shows, All Pigs Must Die are scheduled to play a TBA Brooklyn show with Converge on August 25th (thanks Hiro). Details are forthcoming.

In the meantime, pick up a repress of APMD's debut EP and look for details on All Pigs Must Die's new LP God Is War below. The LP is due on Southern Lord on August 16th, but we'll have a stream of a new song on BrooklynVegan this week!

All details on the upcoming Power of The Riff shows, tour dates and song streams are below.